By Janelle Malagon and Abigail Padfield 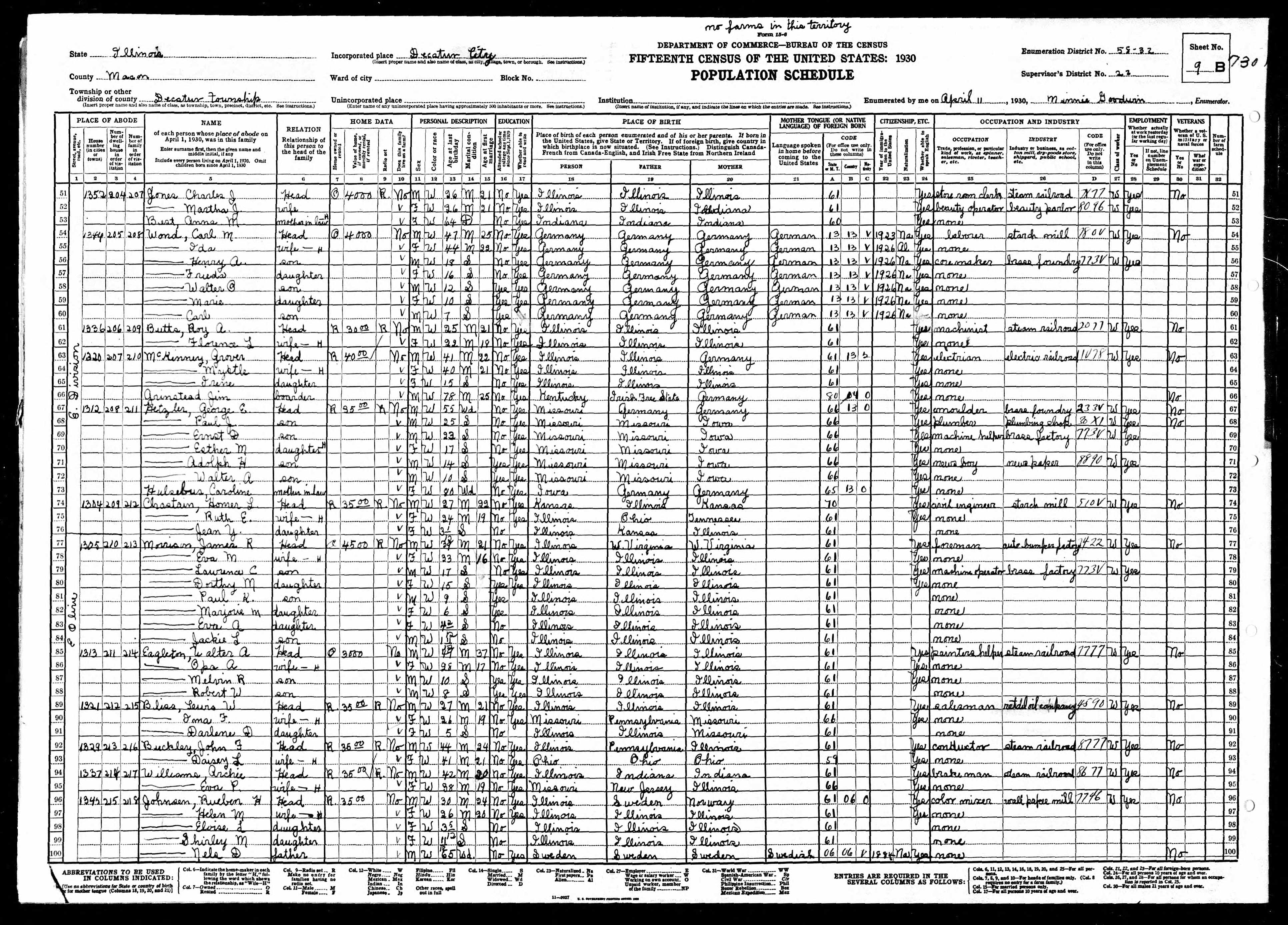 Frieda M. (Wond) Lambrecht served with the Women's Army Auxiliary Corps in World War II and the Korean War. 1 She was born on August 31, 1913, in Gelsencherkin, Germany, to Karl Wond and Ida Charcolla. 2 According to the 1930 US census shown here, her family immigrated to the United States in 1926. 3 She became a naturalized citizen in Decatur, IL, in November 1929. 4 She had two sisters, Marie and Margaret, and four brothers, Carl, Walter, and Henry, all of Decatur, IL. 5

Prior to her enlistment, Frieda Wond worked for ten years as a nurse at the St. John’s Sanitarium in Springfield, IL, 6 and later as a machine operator for A.E. Staley Manufacturing Co. in Decatur, IL. 7 A local corn processing company, A.E. Staley founded the Decatur Staleys professional football team—the predecessor to the Chicago Bears. 8

On February 24, 1945, in Decatur, IL, Frieda Wond enlisted with the Women's Army Auxiliary Corps (WAAC), later shortened to the Women’s Army Corps (WAC). 9 A bill establishing the WAAC was introduced in May 1941 by Massachusetts Congresswoman Edith Nourse Rogers to create non-combatant positions for women in the Army; President Franklin Roosevelt signed the bill into law the following May. 10 Decatur, IL, achieved its WAC recruitment quota for the Army’s general hospitals within one week, thanks to Wond and the five other women who enlisted on the same day. 11 Wond completed basic training at Fort Oglethorpe, GA. After basic training, she served in Battle Creek, MI, and Valley Forge, PA. From 1950-1952, she served in Fort Bragg, NC. 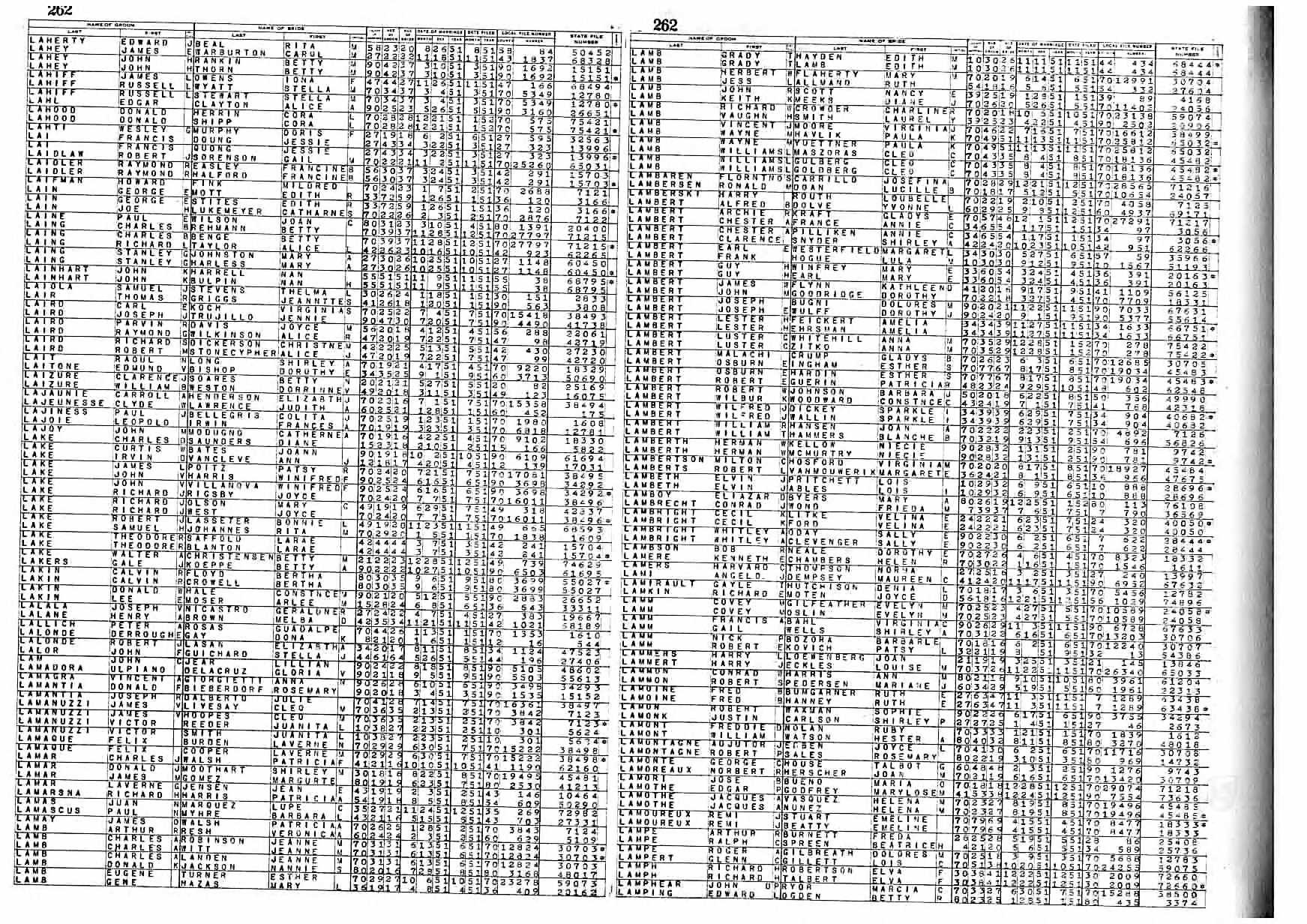 As seen in this marriage record, Frieda Wond married Conrad “Dutch” John Lambrecht—a Warrant Officer and band leader in the US Army—on July 6, 1951, in Contra Costa, CA. 12 Unlike the Army Nurse Corps, marriages were permitted for WAAC members. 13 In 1952, Master Sergeant Frieda (Wond) Lambrecht and Warrant Officer Conrad Lambrecht were stationed as husband and wife in Japan. 14 There she worked as a surgical assistant treating wounded soldiers from the Korean War at the Tokyo Army Hospital. 15 He led the 1st Infantry Division and 24th Infantry Division military bands and spent much of his time working with German citizens to organize concerts with military marches. 16 Under his direction, the military band members performed for the Queen of Holland on the ten-year anniversary of the nation’s independence. 17 They also provided musical accompaniment for the division’s disembarkation in New York City in July 1955. 18

Frieda Lambrecht was released from service on October 30, 1952. 19 Conrad Lambrecht served until 1959. 20 After their time in the Army, the Lambrechts moved to Umatilla, FL. 21 Conrad Lambrecht was an avid bowler at Eustis Lanes. 22 Frieda Lambrecht continued in the medical field, working at Waterman Memorial Hospital as a surgical assistant. 23 In 1968, she served on the Employee Advisory Committee for Waterman Memorial Hospital. In 1971, she was re-elected for the position on a one-year term. 24 The Lambrechts had a dog named Duke. 25