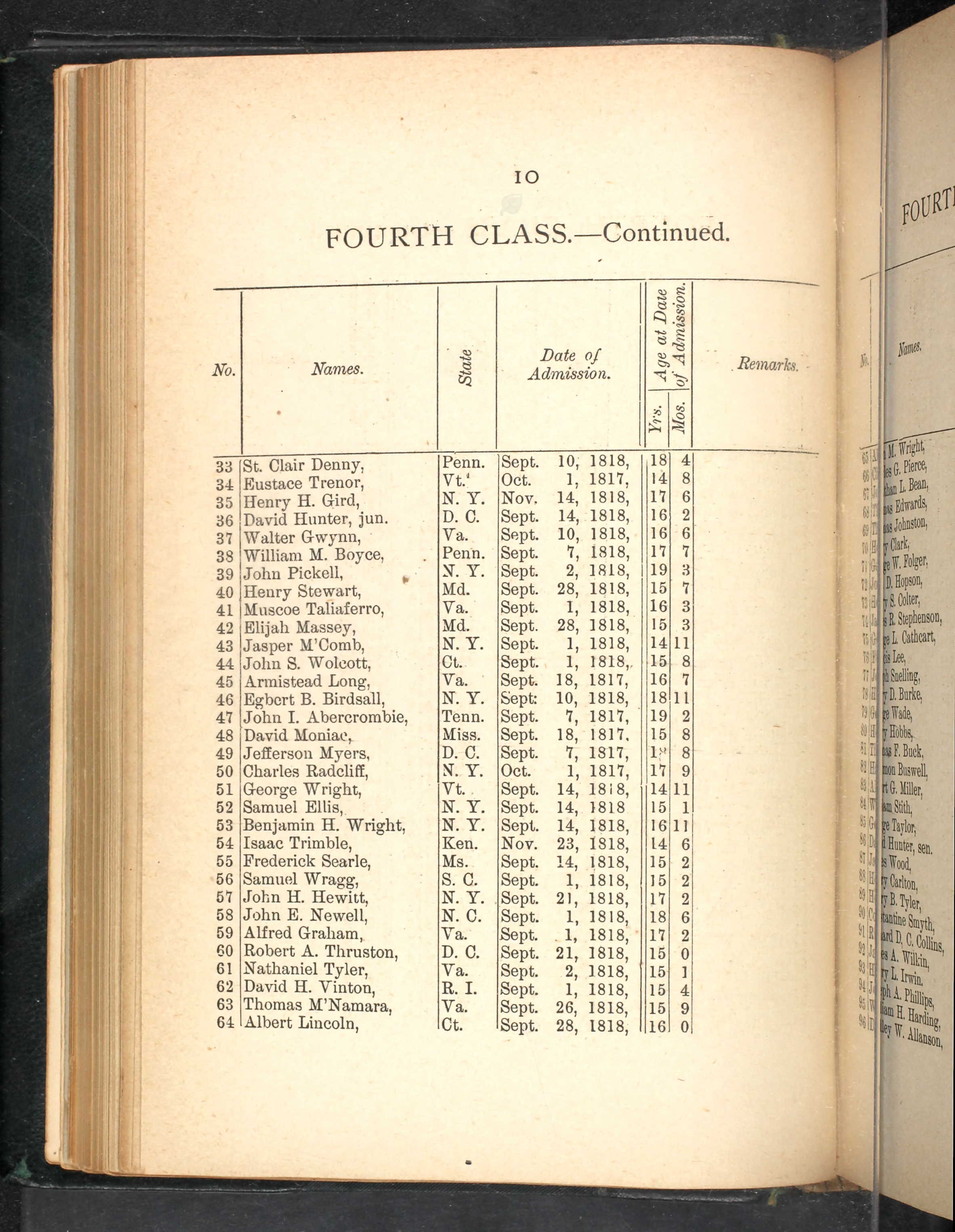 David’s uncle, Creek leader Alexander McGillivray, alongside other prominent Creeks, negotiated the 1790 Treaty of New York, a peace treaty signed by Creek leaders and US federal officials. The treaty included a secret provision that allowed for the education of four Creek youths paid for by the United States government. It is likely that the clause in the treaty permitted David Moniac’s entrance into the US Military Academy at West Point in New York at the age of fifteen years old. The 1819 Register of the Officers and Cadets of the US Military Academy , seen here, indicates that West Point admitted Moniac on September 18th, 1817.2

In 1817, David Moniac became the first Native American accepted into the US Military Academy.3 In 1820, a Swedish visitor to West Point, Axel Leonhard Klinkowström, observed Cadet David Moniac and described him with interest: “I was very surprised to find a young Indian, 16 years old, among the students. As I entered the classroom he was demonstrating and analyzing the relation between cosine, sine, and radius.”4 Klinkowström added, “This youth is a descendant of the Creek nation; his name is Moniac. In all probability he does not intend to go into the service of the United States, but to return to his people in order to give them the benefit of his achieved knowledge.”5 During Moniac’s time at West Point, he received his highest grades in conduct and discipline. In August of 1821, Moniac traveled with two hundred cadets who marched from West Point to Boston where the cadets performed military drills for audiences. One spectator was former president John Adams who hosted the cadets in his home in nearby Quincy, Massachusetts. Adams requested a meeting with David Moniac, but Moniac was “too bashful” to meet him.6

After graduating from West Point in 1822, David Moniac became Brevet Second Lieutenant in the Sixth United States Infantry. He courteously accepted his appointment in a letter.7 However, Moniac resigned from duty a few months later after receiving a letter from his uncle David Tate Moniac urging him to return home due to his father Samuel’s heavy drinking and his family’s financial troubles. Tate advised Moniac “to get home as quickly as you can conveniently do it, as your presence is very much wanted at home.”8 Moniac’s letter of resignation, found here, soon followed.9 In 1828, Moniac married Mary Powell, a cousin of Billy Powell—also known as Chief Osceola, the Creek leader of the Seminoles.10 David and Mary’s son, David A. Moniac born in 1833, went on to fight for the Confederacy in the Civil War. He later became the sheriff of Baldwin County, Alabama.11 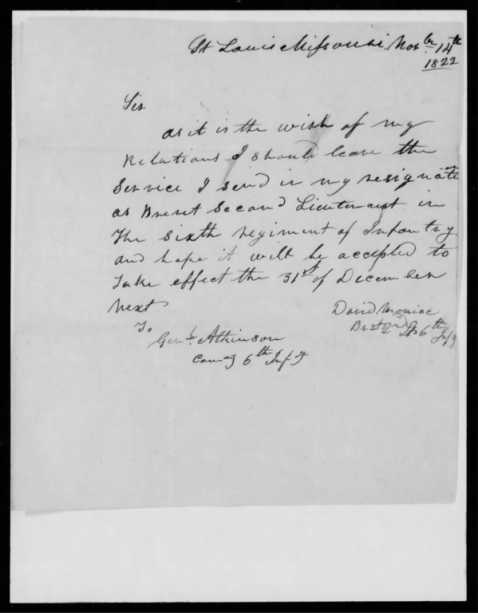 In 1836, the US Government organized a unit of Creek soldiers from Alabama to suppress the Seminoles in Florida during the Second Seminole War.12 David Moniac volunteered for duty and soon became a captain. On September 20, 1836, the Creek volunteers boarded steamboats headed for Tampa Bay. The Creek soldiers, led by Moniac, joined the Army of R. K. Call, the governor of Florida. In October 1836, David Moniac was promoted to Major.13

David Moniac died on November 21, 1836 at the Battle of Wahoo Swamp in present-day Sumter County, Florida. During the battle, Seminole warriors shot and killed Moniac as he led his Creek militia through the swamp near the Withlacoochee River.14 Moniac is memorialized in Section MD, Grave 1 of Florida National Cemetery near Bushnell, Florida, on the edge of the Withlacoochee State Forest.15 The inscription on David Moniac’s headstone, written by Major General T.S. Jessup, reads: “He was as brave and gallant a man as ever drew a sword or faced an enemy.”16

4 Baron Axel Klinkowstrom, “A Swedish View of West Point in 1820: A Letter from Baron