Paul Waldron Hardy was born on December 30, 1904 to Lewis Waldron Hardy and Anna Potter in Boise, Idaho. 1 Hardy had two older step-sisters, Margaret (1893), and Ruth (1902) from Anna’s previous marriage. Not long after Paul’s birth, Lewis Hardy and Anna Potter divorced, with Anna remarrying Fred Colburn of Fruitland, Idaho in 1908. Colburn was a fruit farmer who likely owned a modestly-sized plot of land, as he was able to afford to pay and lodge a Scottish farmhand, J.T. Roberts. Colburn and Potter had twin sons, George and Lewis, in 1908.2 By 1920, Hardy had moved to Canyon, Idaho with his older sister, Margaret. He lived in the house of Margaret’s husband, Samuel McCroskey, and their three children. While living with his sister’s family, Hardy worked as a mail clerk.3

Paul Hardy was only fourteen years old when World War I ended. Two years later, Hardy lied about his age in order to enlist on September 23, 1920 at the age of sixteen. While the fighting ended, the war did not immediately cease with the armistice of November 11, 1918. Congress did not approve the Treaty of Versailles in 1919, intending to create a separate peace treaty with the German government while occupation forces remained in the Rhineland. The US government and the Weimar Republic reached a peace agreement on August 21, 1921. We do not know the specifics of Hardy’s military service, but the occupation forces stationed in Germany were mostly made of veterans who came over during the war.4 Hardy served exactly three years in the US Army before being honorably discharged on September 23, 1923.5 On March 17, 1923, Hardy married Margaret Agnes Bryant of Burlington, Vermont.6 It is likely that they met while Hardy was stationed at Fort Ethan Allen, located just outside of Burlington. 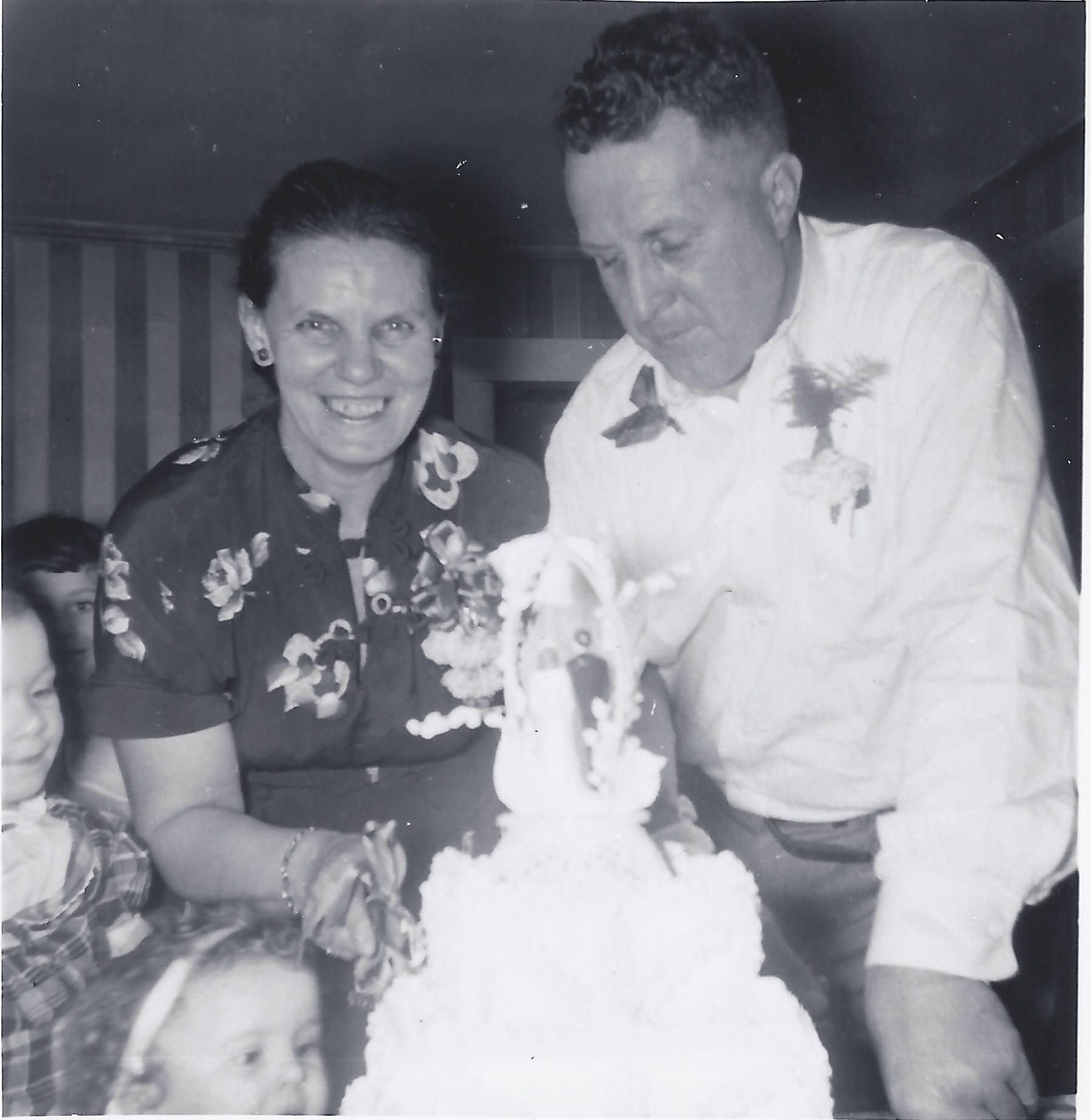 Photo of Paul and Margaret Hardy

Paul Hardy resided on the East Coast for the remainder of his life. Shortly after his discharge, the young couple moved to Hartford, Connecticut, and started their family. By 1930, Paul and Margaret Hardy had five children: four daughters, Margaret R. (1924), Anna (1925), Hazel (1928), and Dorothy (1929), and a son, Paul Jr. (1926). While in Hartford, Hardy worked for General Motors as a “spindle scrapper” or lathe operator.7 He maintained this job through the 1930s and the Great Depression, being promoted to factory foreman.8 On February 16, 1942, only two months after the US entered World War II, Paul Hardy registered for the draft.9 He was ultimately not selected for duty. His son, Paul Jr., enlisted in July 1944 at the age of eighteen.10 Unlike his father, he waited until he was of legal age to enlist.

Hardy continued to live and work in Hartford, remaining happily married to his wife Margaret, shown together here on their thirtieth wedding anniversary. Hardy enjoyed exceptionally long employment with General Motors, as seen here in a local newspaper article commending his service.11 He finally retired from the plant on September 6, 1965 after forty-four years with the company.12 Paul Waldron Hardy passed away in Bushnell on April 12, 1989 at the age of eighty-four and was laid to rest in the newly opened Florida National Cemetery in Bushnell on April 17.13 Paul’s wife, Margaret, passed away two years later on September 24, 1991.14