Settimo Sorci was born on January 4, 1893 in Italy.1 He immigrated to the US in 1913, a year in which over 265,542 Italians, mostly from southern Italy, immigrated to the US. He likely left his homeland for reasons shared by many other Italians, perhaps economic opportunities or personal freedom.2 Not all Italians intended to settle in the US, returning to Italy once they became more prosperous. While some thirty to fifty percent of Italian migrants who arrived around 1913 eventually returned home permanently, Sorci did not.3 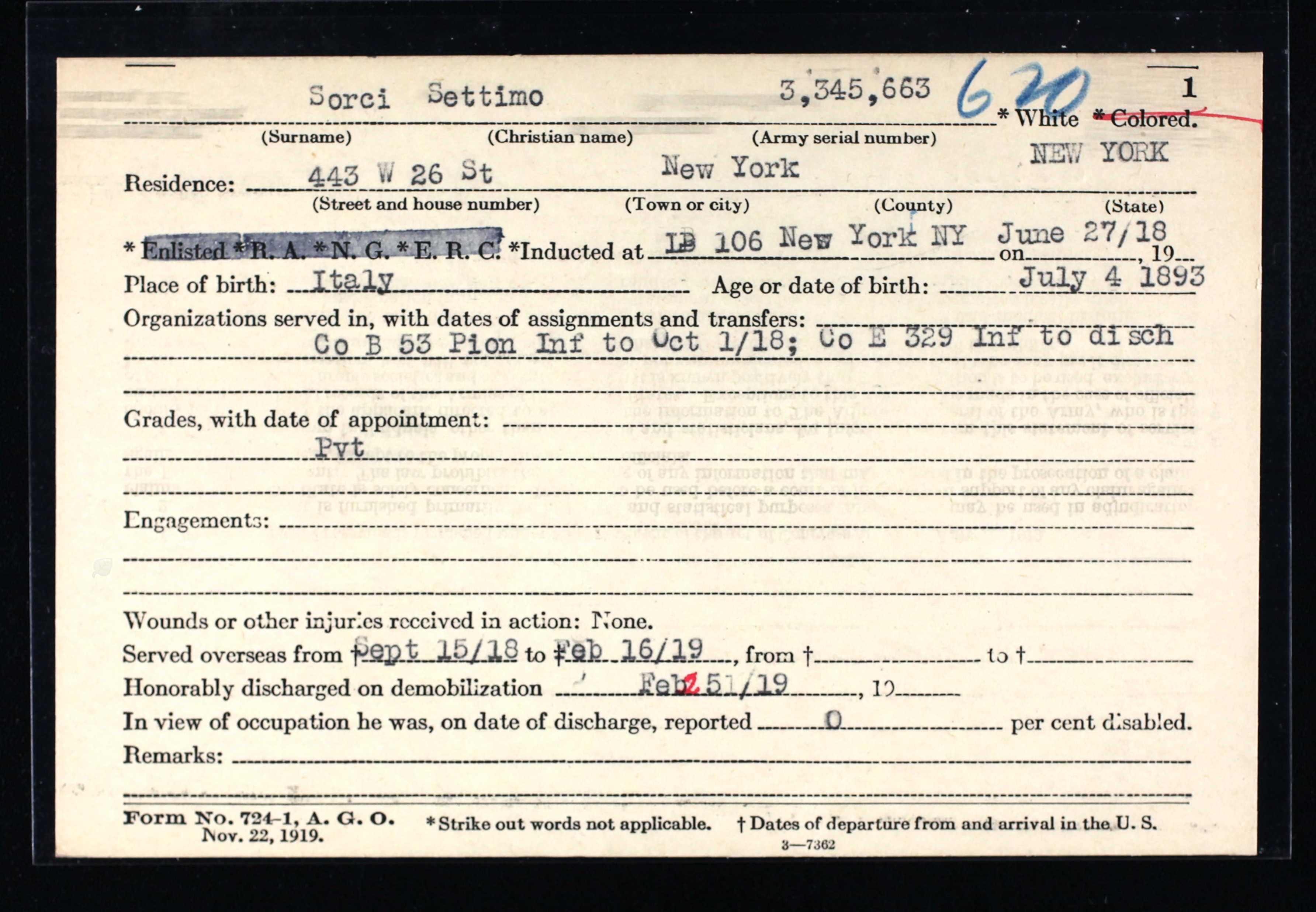 On October 1, 1918, Sorci joined Company E of the 329th Infantry, 83rd Division. The Army repurposed the 83rd Infantry Division as a depot division with all non-infantry units such as artillery and the signal corps shifted out. Stationed at ports, depot divisions trained and sorted new troops arriving from America and sent trained troops to replace casualties in frontline units. Depot division troops could also be assigned to combat positions if its infantry division suffered substantial losses.7 That being said, Private Sorci likely did not take part in any major engagements directly, while still being a key part of the war effort. Settimo’s immigration to the US may have saved his life, as Italy suffered around 680,000 casualties during the war compared to the 116,516 American casualties.8 Sorci returned to the United States on February 16, 1919 and received his honorable discharge on February 25 after completing his service.9

After the end of the war, Settimo returned to New York where he married Anna Giangrasso on November 25, 1924.10 Anna, an Italian-born immigrant, came to the United States in 1911. The 1930 US Census, seen here, indicates that Settimo worked as a baker and lived in Queens, New York with Anna and two children, Frances (1926) and Anthony (1927).11 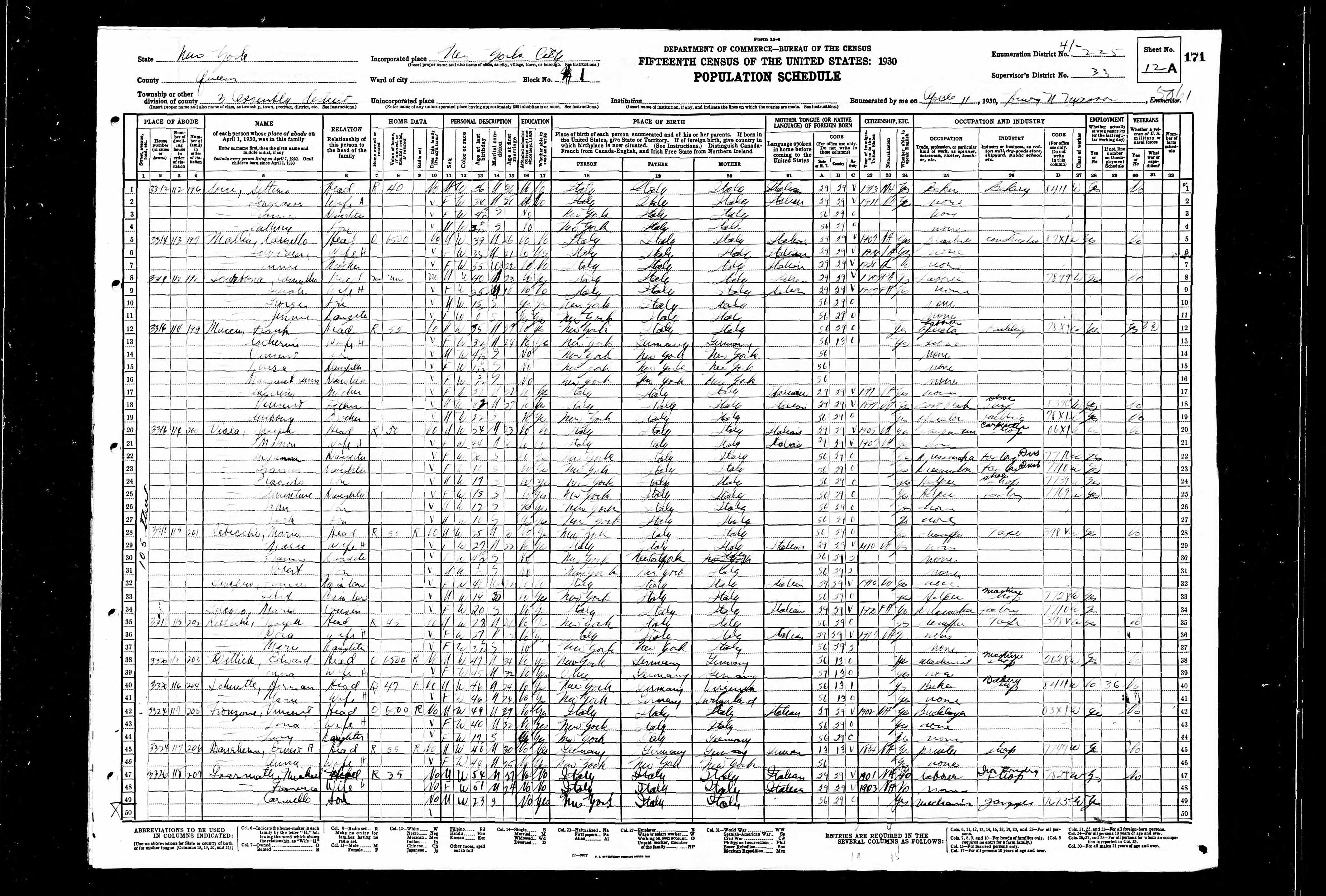 Anthony Sorci, following in his father’s footsteps, later served in the Second World War. He enlisted in the US Army on April 20, 1945, a little over two months after his eighteenth birthday. He served until November 10, 1946,12 obtaining the rank of corporal.13 While the specifics of Anthony’s service are not publically available, it is apparent that they shared a family commitment to serving in the US armed forces.

On February 21, 1964, Anna Sorci died at the age of seventy in New York. Both Settimo’s and Anthony’s military service made Anna eligible for burial in a national cemetery. She is interred at Long Island National Cemetery.14 Following the death of his spouse, Settimo moved to Port Richey, Florida, where he lived the remainder of his life.15 Anthony moved to Port Richey in 1988 to be with his father.16 Settimo Sorci passed away on April 28, 1989 at the age of ninety-six and was laid to rest in the Florida National Cemetery.17 Anthony Sorci continued to live in Port Richey until his death on June 7, 1998 and is buried at Florida National Cemetery near his father.18