The youngest of eight children, Leroy Quick was born in Kripple Bush, a small hamlet in Marbletown, New York to parents Dewitt C. and Anna M. Quick on April 16, 1900. 1 Although some of Quick’s records indicate his birth year as 1900, evidence suggests that he was actually born in 1898, as the 1900 census lists him as two years old. 2 It is not unusual for the details of births to be ill-preserved and conflicting, especially when someone is born in a rural area. Quick lost his mother at a very young age some time between 1905 and 1910. After her death, the family moved in with Leroy’s older brother Earl. 3 Perhaps to strike out on his own or just eager to fight for his country, Quick could have lied about his birth year to reach the required twenty-one years of age for enlisting, which would also explain contradicting birth dates throughout his records. 4 Quick probably came from a poor family. His father worked as a farmer, leaving the family financially strained. 5 This likely served as a push for Quick to search for opportunities to provide for himself, which he found in the Army. 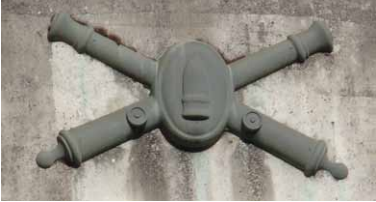 Leroy Quick enlisted in the military at Fort Slocum, New York, on April 30, 1917. 6 Leroy Quick never served overseas; instead, he was assigned to the Coastal Artillery Corps (CAC). 7 We can see the symbol for the CAC here. As a member of the CAC, Quick maintained and operated part of the large stretches of coastal fortifications designed to protect the eastern seaboard, as well as the large naval guns that they housed. 8 During his nearly two years in the CAC, Quick became a member of the gun operation crew. 9 Stationed at a number of forts in New York, Quick attained the rank of private first class before being honorably discharged on April 18, 1919. 10 Nearly a year later, the port of Tampa granted Quick a Seaman’s Protection Certificate, which can be seen here. 11 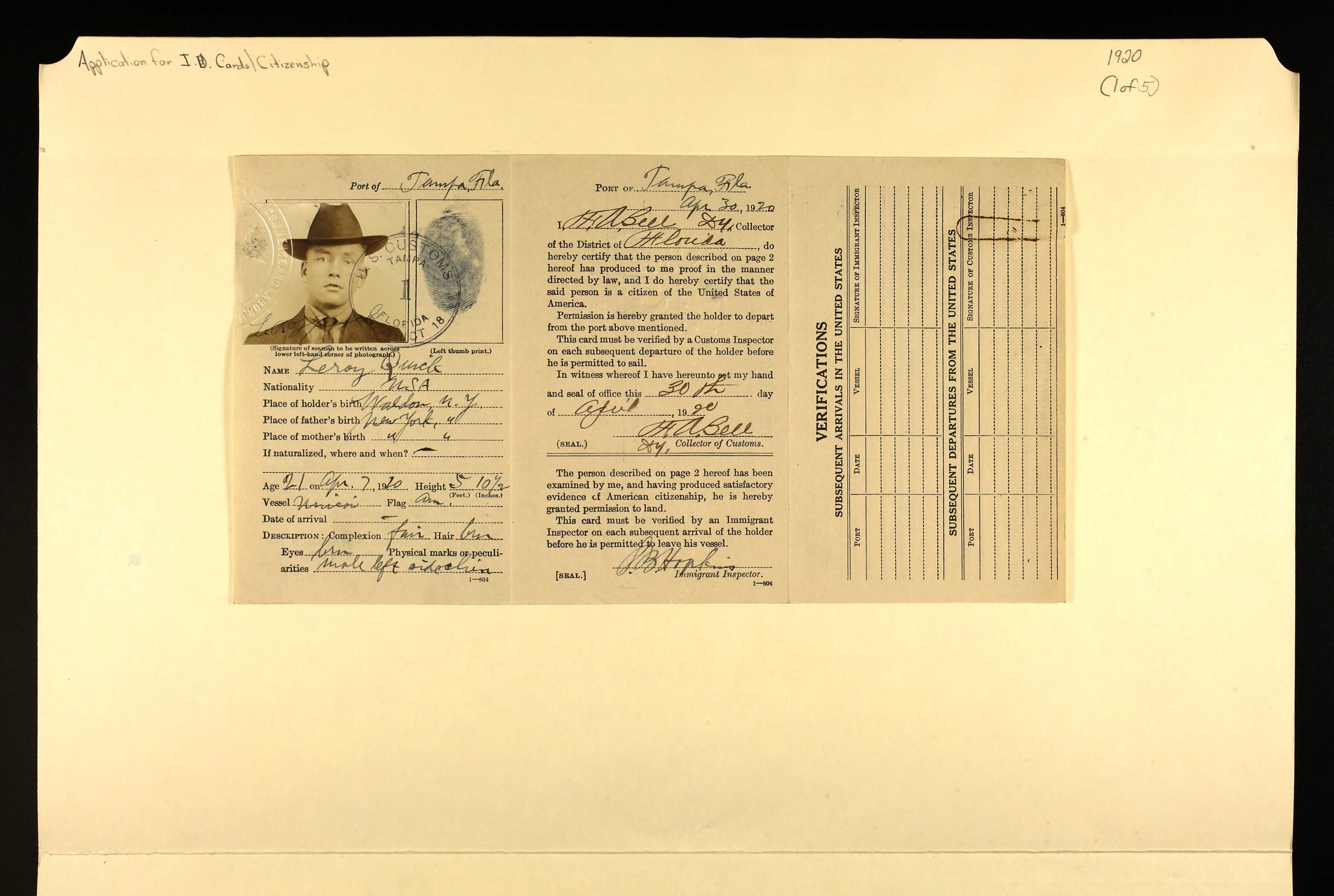 Leroy joined the military again from January 1924 to October 1925, even if we have no detailed information about this peacetime service. 12 Some time after his return to service, likely between 1925 and 1926, Quick married Elsie Margaret Knauer. 13 Together, they welcomed two daughters into their family—Josie some time around 1931 and Mary Jane four years later. 14

Their life in the New York area continued without much change until Leroy reentered the army in the wake of the Second World War. 15 Leroy enlisted in the army on June 26, 1946 at Fort McPherson, Georgia. 16 At the time he reenlisted, he resided in Duval County, Florida, which suggests that Quick moved from Connecticut to Florida some time after 1940. 17 Leroy’s enlistment record states he had been serving in the National Guard, so it is possible that he traveled to Florida at the time for reasons related to his National Guard service. 18 Leroy reenlisted at the rank of technical sergeant, then rose to sergeant first class, during service with the Panama Canal Department. 19 The US military’s presence at the Panama Canal increased after the attack on Pearl Harbor on December 7, 1941 because of fear that the canal would be attacked next. It played a crucial role in the movement of forces during the war. 20 By the time that Quick joined the department, many of the troops were diverted to other locations and the area was mainly used for jungle training. 21 By the end of his military career, Quick had been promoted to the rank of first lieutenant. 22

The Quick family moved to New Port Richey, Florida from East Patterson, New Jersey, around 1970 where where they lived until Leroy’s passing on October 16, 1988. 23 Elsie passed away ten years later. 24 What we do know of Quick’s life paints the picture of a hard-working, dutiful man who showed integrity in his service to his country and his dedication to his family. Leroy was interred in Florida National Cemetery in Bushnell, Florida.