By Aaron Presnell and Abigail Padfield 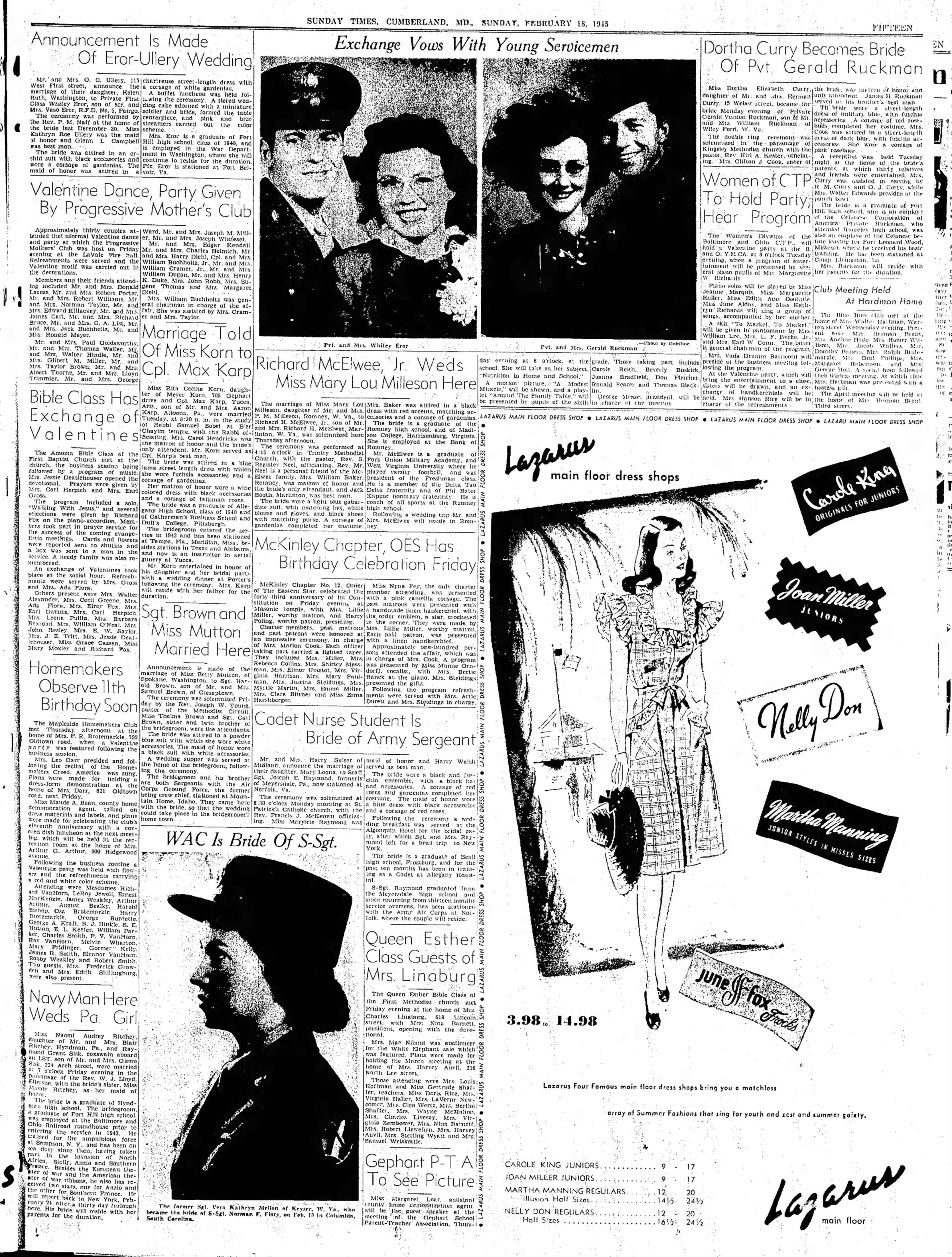 Richard Paul McElwee was born in Cumberland, Maryland on August 26, 1947, to Mary Lou and Richard H. McElwee, Jr.1 Cumberland is a rural town in the western part of the state. It was a center of coal production until the the first part of the twentieth-century, when the auto industry moved into the area.2 According to their wedding announcement in the Cumberland Sunday Times shown here, Mary Lou and Richard H. McElwee lived in Romney, West Virginia, at the time of their marriage. Mary Lou graduated from Romney High School and attended college at Madison College in Harrisonburg, Virginia. Before marrying Richard, Mary Lou worked at the Bank of Romney.3 Richard graduated from Fork Union Military Academy and then attended West Virginia University. When he married Mary Lou, he coached all sports at Romney High School.4 Richard Paul was born two years after Mary Lou and Richard were married. He had six siblings: Michael, Valrico, David, Chicago, Steven, Valkaria.5

There is not a lot of information about McElwee’s service in the US Navy. He was either enlisted or drafted on June 12, 1968.6 Though we do not know where he served while in the Navy, we do know he retired as a Seaman (SN) on April 17, 1970.7 As a Seaman, McElwee was assigned general duty deck and administrative work.8 Though we do not know details of McElwee’s service, it is thought that he saw active duty as that is a requirement to be buried in a National Cemetery.9

In 1982, McElwee moved to Palm Bay, Florida. During this time he married and had one daughter, Stefani. He worked as a landscaper and nurseryman.10 McElwee passed away on August 8, 1994 and was memorialized in Florida National Cemetery in Bushnell, FL, on March 9, 1995.11