Raymond “Ray” Donald Nelson was born on August 9, 1920, to Raymond W. Nelson and Lydia Seigel, a Protestant family in Brooklyn, Iowa.1 He had four siblings: Lenora, Anna,Greta, and Fred.2 Raymond Nelson’s father immigrated from Denmark. Nelson grew up on an Iowa farm.3

Raymond Nelson enlisted in the Navy in Des Moines, Iowa, on December 27, 1939, less than three months after war broke out in Europe.4 At the time, the United States was still attempting to remain neutral in the conflict, not officially entering World War II until after the Japanese attack on Pearl Harbor December 1941. Thus, Nelson served a full two years in the US Navy prior to the US entering the war. Nelson arrived aboard the USS Macdonough (DD-351) on June 13, 1940, after several months of training.5 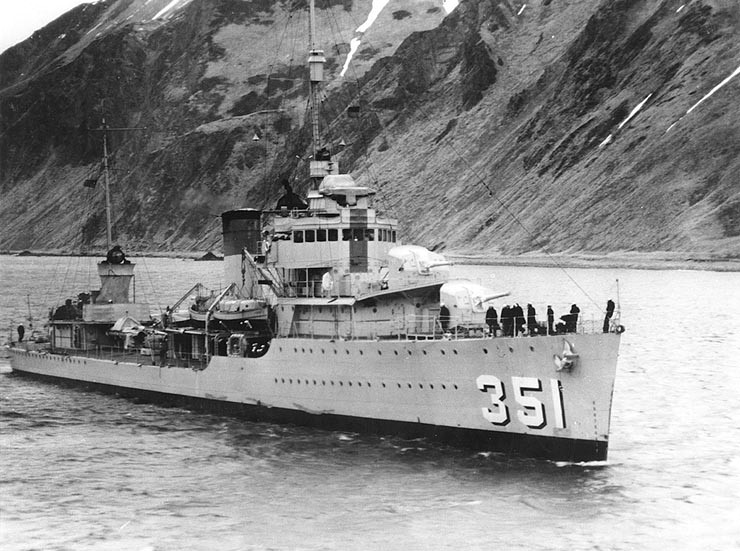 The Macdonough, pictured here, was one of eight Farragut-class post-WWI destroyers. This ship operated out of San Diego until October 12, 1939, when it was attached to Destroyer Squadron 1 out of Pearl Harbor. Nelson joined the crew during this period of relative calm. Two years later, on December 7, 1941, the Japanese attacked Pearl Harbor; the Macdonough shot down at least one Japanese aircraft. It then participated in the scouting operations to locate the enemy task force.6 Nelson stayed on board the destroyer throughout subsequent operations in the Pacific during 1941, as well as escorting Allied supply ships in the region.7 The ship also supported Allied airstrikes against Bougainville, Salamaua, and Lae. Macdonough participated in the invasion of Guadalcanal, providing cover from airstrikes against the Marine landing force. Nelson took part in heavy combat with the Japanese Navy during the Battle of Savo Island off the coast. This area became known as Iron Bottom Sound due to the large number of sunken vessels.8 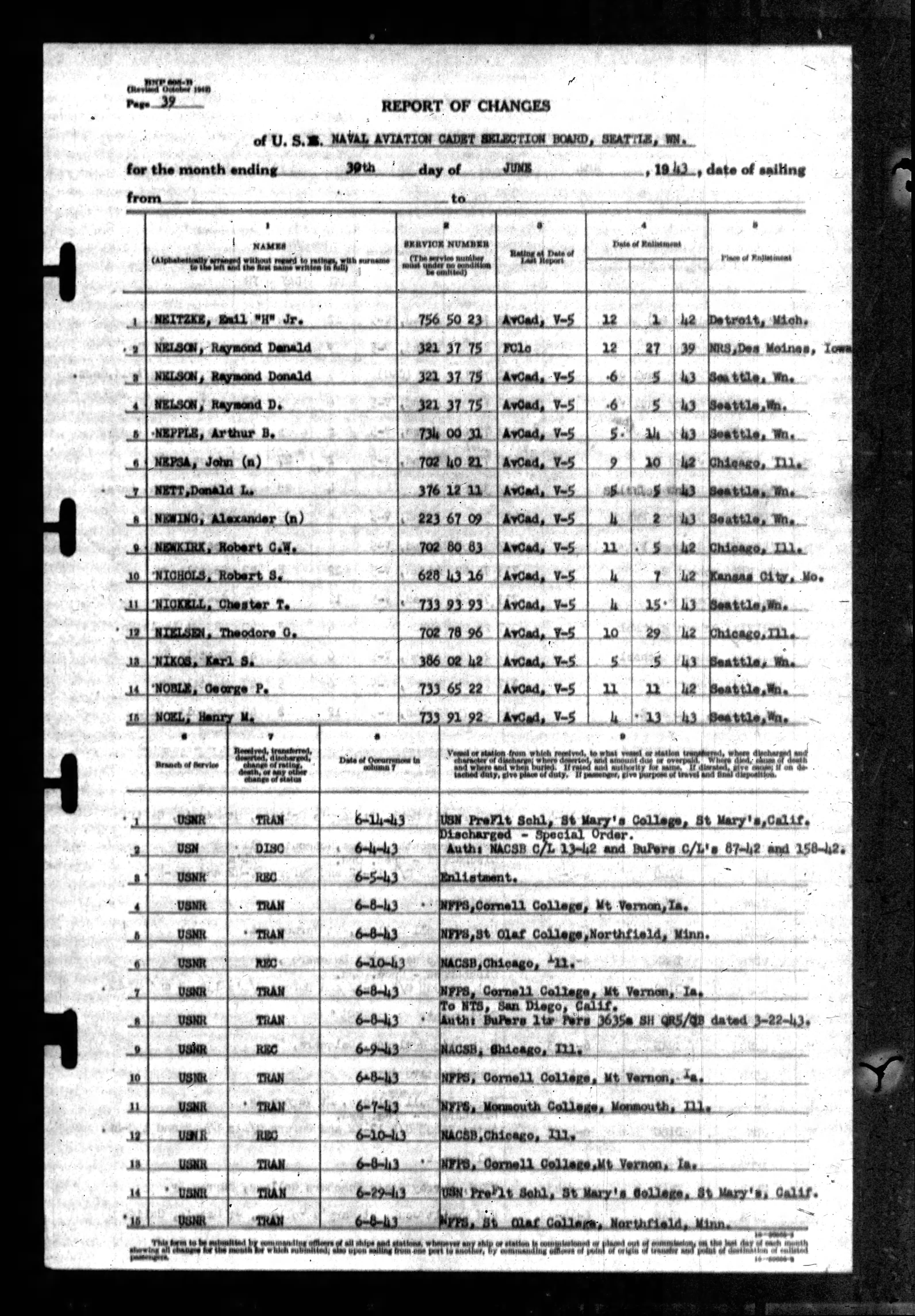 Nelson was still on the Macdonough when it sailed to the Aleutian Islands, near Alaska, to defend US troops as they fought Japanese occupiers. While patrolling off Attu Island on May 10, 1943, the ship collided with the USS Sicard, an older Clemson-class destroyer, and was forced to retire to port for repairs until September 1943.9 Nelson would not return to action with the vessel in the South Pacific. He was discharged as a Fire Controlman First Class, gunner, and selected for aviation training as an officer cadet on June 30, 1943.10 He attended aviation training and was assigned to Fighter Squadron 5. He eventually left the Navy as a Lieutenant Junior Grade on October 3, 1946.11

About a year before being discharged from the US Navy, Nelson married Eleanor Elizabeth Wylie on December 29, 1945. They lived, for a time, in Pensacola, FL. They moved to Fort Pierce, FL in 1949.12 Nelson remained there until his passing on March 8, 1994, at the age of 73. His spouse, Betty Nelson, was a Ft. Pierce native. His sons, Donald and Derrick, as well as one of two daughters, Ericka, still live in Ft. Pierce. Nelson’s other daughter, Deborah, now lives in Raleigh, NC. Nelson owned and operated a chemical supply business, Economy Chemical, where some of his four children now work. He was also a member of the Pearl Harbor Survivors Association, the Retired Officers Association, and the Treasure Coast Coin Club.13 He is buried in Florida National Cemetery in Bushnell, Florida.14/a>