By Danielle Amir and Abigail Padfield

Denver Purtee was born November 22, 1925, in Scioto, Ohio, to Phillip and Florida Purtee.1 He had five siblings: Thelma, Willard, Dellas, Esta, and Roger.2 As of the 1940 US Census he had completed school up to the sixth grade.3 In 1930, his father worked in a shoe factory.4 However, no information is given in the 1940 census about Phillip Purtee’s occupation.5 It is possible Philip was unemployed during the Great Depression along with about 25 percent of the American population. Florida was a homemaker.6 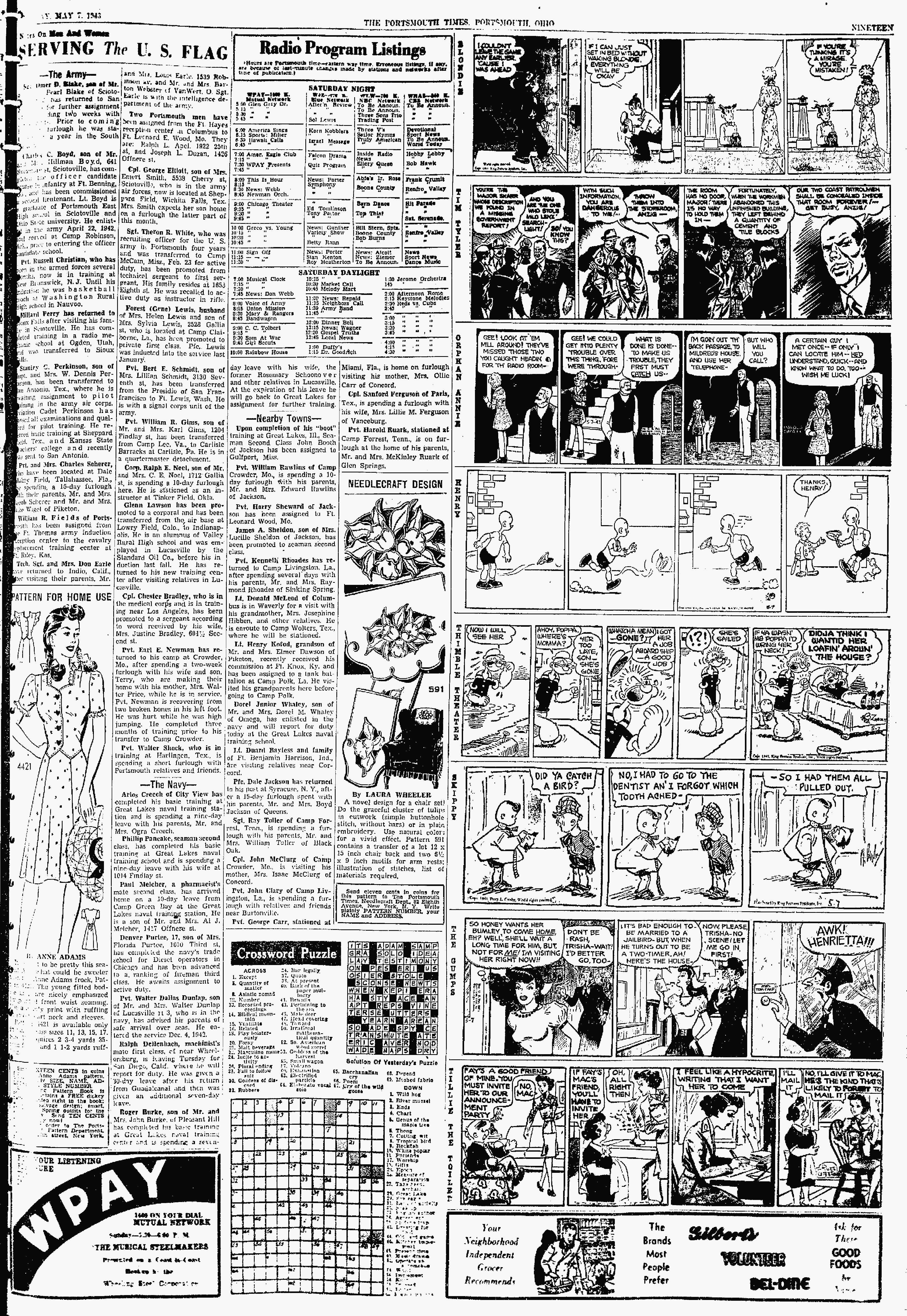 On December 4, 1942, when Purtee was just seventeen years old, he enlisted in the US Navy. By May 1943, according to newspaper article shown here, he had completed training at the Navy’s trade school for diesel operators located in Chicago. During this time, he advanced to the rank of Fireman 3rd Class.7 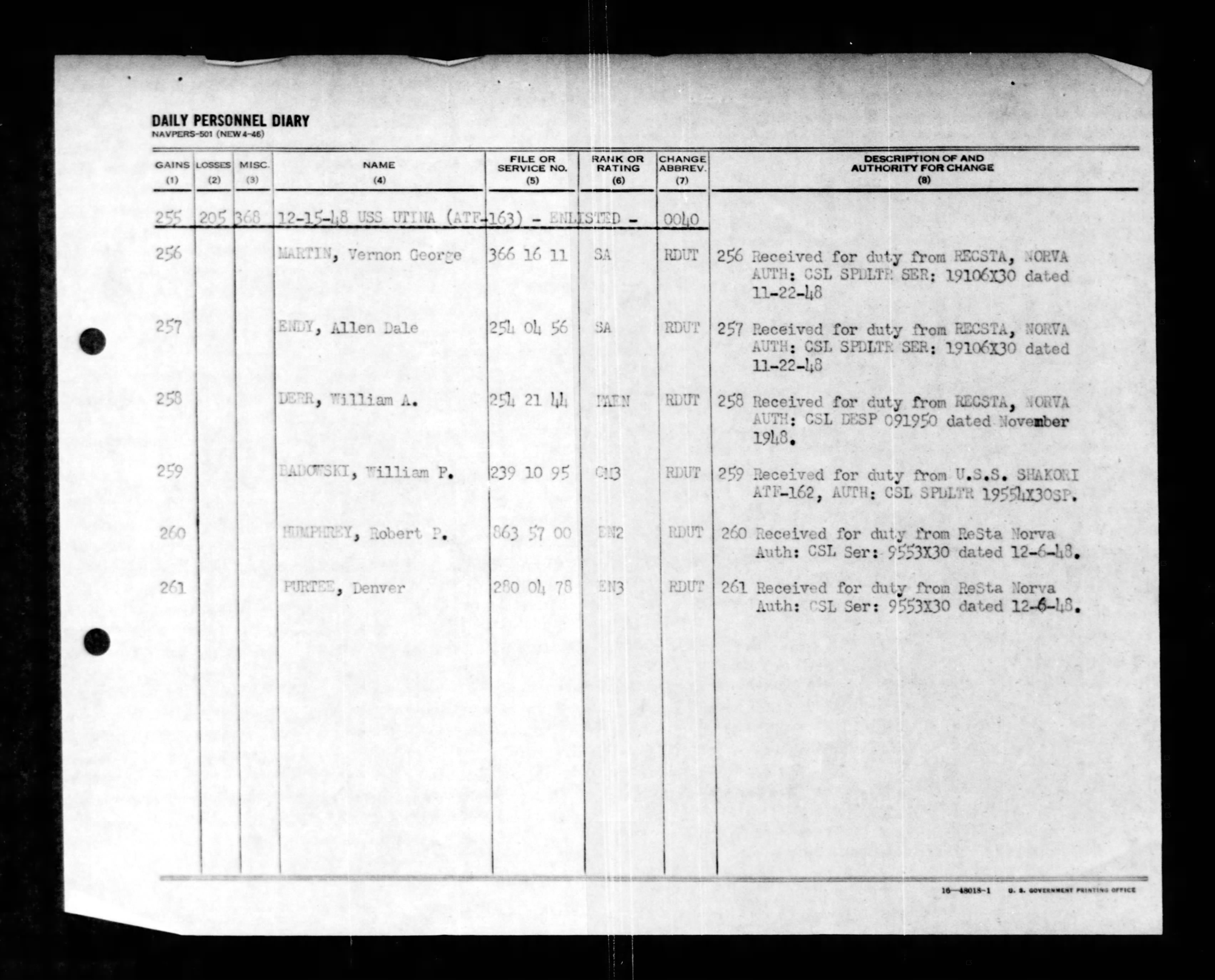 Chief Petty Officer Purtee was also a crew member on the USS Utina (ATF 163), a fleet ocean tug, by December 1948, as seen here in the ship’s muster roll.10 The USS Utina belonged to the Abnaki class of oceangoing tugboats. Based primarily in the Atlantic Ocean, the USS Utina helped bring damaged ships into ports, towed decommissioned ships to berthing areas, and towed targets for gun exercises.11

Purtee spent his entire military career on these two ships throughout World War II and the Korean War. By the time he left the Navy, he reached the rank of Engineman Chief Petty Officer (ENC).12 As an engineman, Purtee helped to operate, service, and maintain the ship engines. As a Chief Petty Officer, he was the senior officer and was an expert on the engines. During the World War II era, the Chief Petty Officer was considered the “backbone of the Navy.”13 By 1958, Purtee no longer served on ships. He and his wife Evelyn lived in Gainesville, Florida, where he worked as the officer in charge of Navy recruiting.14

After twenty-one years of service, Chief Petty Officer Purtee retired from the Navy on November 20, 1963.15 He passed away on November 15, 1991, just a week before his sixty-sixth birthday. His wife Evelyn died in 2000.16 There are no records of any children. Purtee is memorialized in Florida National Cemetery in Bushnell, Florida.