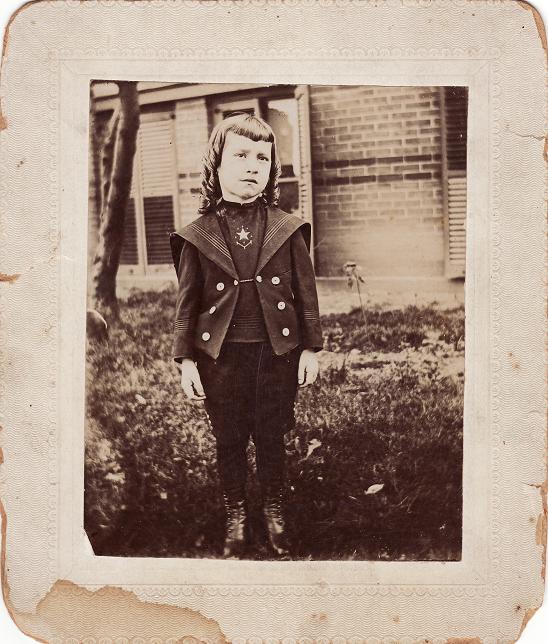 Hylon Oliver Broadbrook was born in Bridgeport, Connecticut, on March 24, 1893 to John Joseph Broadbrook and Laura Leticia Treadwell. His father, the son of English immigrants, worked as a printer. He grew up in Bridgeport alongside his three brothers: two older brothers, Harry and John Jr.; and one younger brother, Clarence Wilbur.1 A photograph of six-year-old Hylon Broadbrook can be seen here.2

Broadbrook enlisted in the United States Army on May 21, 1913 at the barracks in Columbus, Ohio.3 It is not clear why he enlisted in Ohio; he may have lived there for a short time. Broadbrook joined the 16th Cavalry Regiment, Troop D shortly after its creation on July 1, 1916 in Sam Houston, Texas.4 The 16th Cavalry was an amalgamation of the 3rd, 6th, and 14th Cavalry Regiments. The regiment was first assigned to protect the US-Mexico Border.5 Broadbrook served in the Mexican Border War before seeing action in France. The conflict between the United States and Mexico was a small part of the Mexican Revolution, which began when the revolutionary Pancho Villa crossed the border at Columbus, New Mexico, in search of supplies.6 In response, the US government mobilized 110,000 National Guardsmen. The US did not maintain a significant standing army prior to World War I.7 During his service, Broadbrook earned the rank of Corporal on January 10, 1917 and then Sergeant on September 9, 1917. 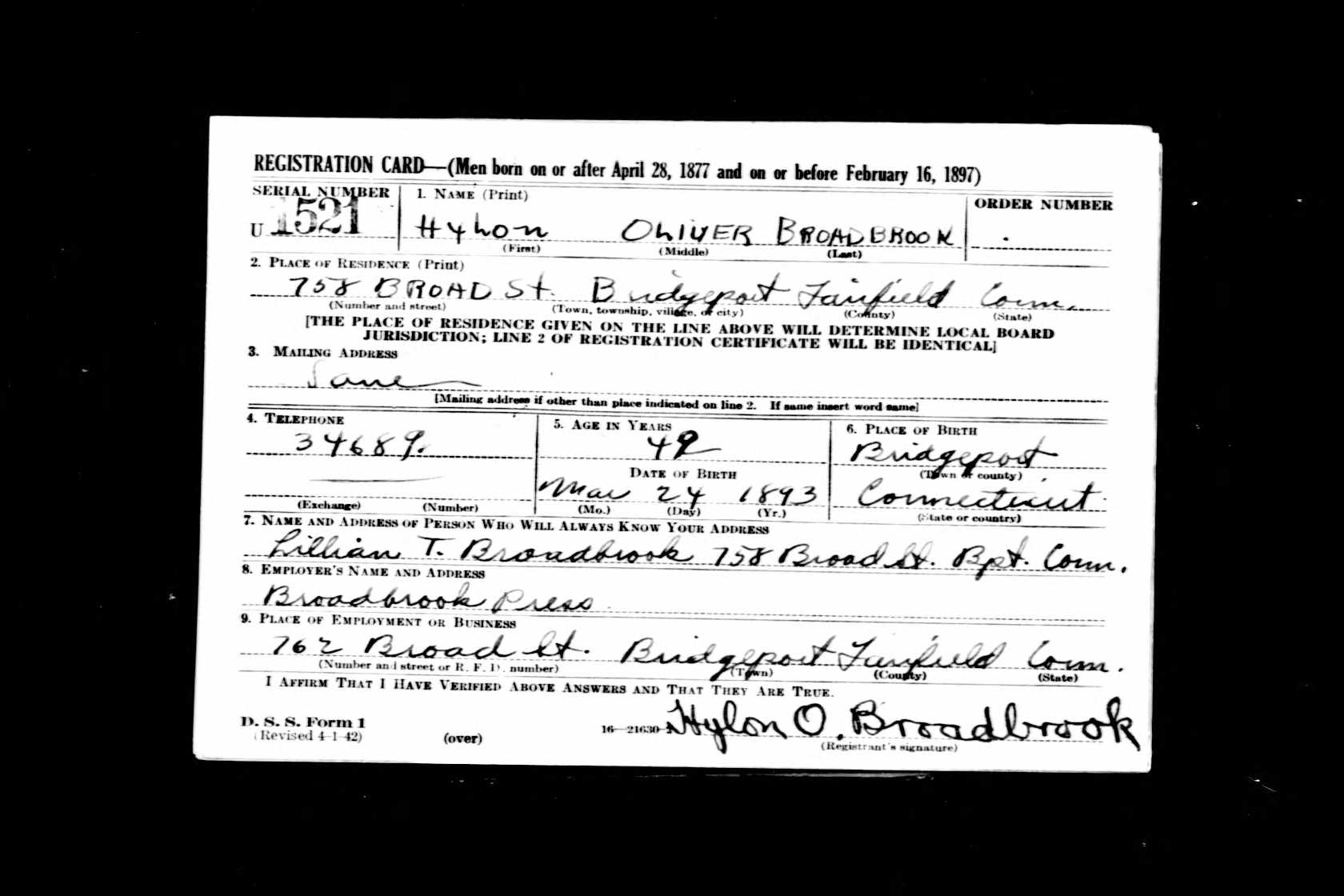 Broadbrook served with the 16th Cavalry as a supply sergeant in D Troop until May 9, 1918. His duties as a supply sergeant involved keeping track of the unit’s equipment.8 Broadbrook then entered Officer Training School at Fort Bliss, Texas and likely shipped out to France shortly after finishing on July 10, 1918.9 Like many Border War veterans, Broadbrook also saw action in France. He fought at Chateau-Thierry, one of the American Expeditionary Forces’ (AEF) first battles. Part of the Second Battle of the Marne, General Pershing’s AEF were the least experienced troops on the Western Front.10 The Americans fought bravely alongside the French but suffered heavy casualties, including Broadbrook who was wounded on July 25, 1918.11 After the war ended, he went to Machine Gun School in Hancock, Georgia, until March 18, 1919.12 Broadbrook was honorably discharged on May 20, 1920.13

After the war, Broadbrook returned to Bridgeport, Connecticut. By 1932, he married Adele and worked as a printer, a profession he shared with his father.14 By 1940, Broadbrook married his second wife, Lillian Teresa Laflom. Lillian gave birth to their daughter, Harriet Georgia Broadbrook, on February 14, 1940 in New York.15

In 1942, after the US entered World War II, Broadbrook registered for the draft at the age of forty-nine. This draft, nicknamed the “Old Man’s Registration,” occurred on April 27, 1942, and provided information about men born between April 28, 1877 and February 16, 1897 in case they were needed during the war. His draft card, pictured here, shows the name of his business, Broadbrook Press. It also notes that he resided in his hometown, Bridgeport, Connecticut.16

In 1947, Broadbrook and his wife moved to New York: first to Norwich, and then to South Plymouth.17 Hylon Broadbrook died on October 6, 1965 at the age of seventy-two in the Oswego Hospital in New York.18 Broadbrook’s obituary, published in the Post-Standard, indicates that he died in Oswego while visiting family.19 His spouse, Lillian Broadbrook, died on June 18, 1973 in Richfield Springs, Oswego, New York.20 Hylon O. Broadbrook is memorialized in Florida National Cemetery.

5Office of the Administrative Assistant to the Secretary of the Army, “16th Cavalry Regiment,” Institute of Heraldry, accessed March 26th, 2017, http://www.tioh.hqda.pentagon.mil/Catalog/HeraldryMulti.aspx?CategoryId=3123&grp=2&menu=Uniformed%20Services.

10 David Trask, “The Entry of the USA into the War and its Effects,” in The Oxford Illustrated History of the First World War, Hew Strachan, ed. (New York: Oxford University Press, 2014), 242-44.