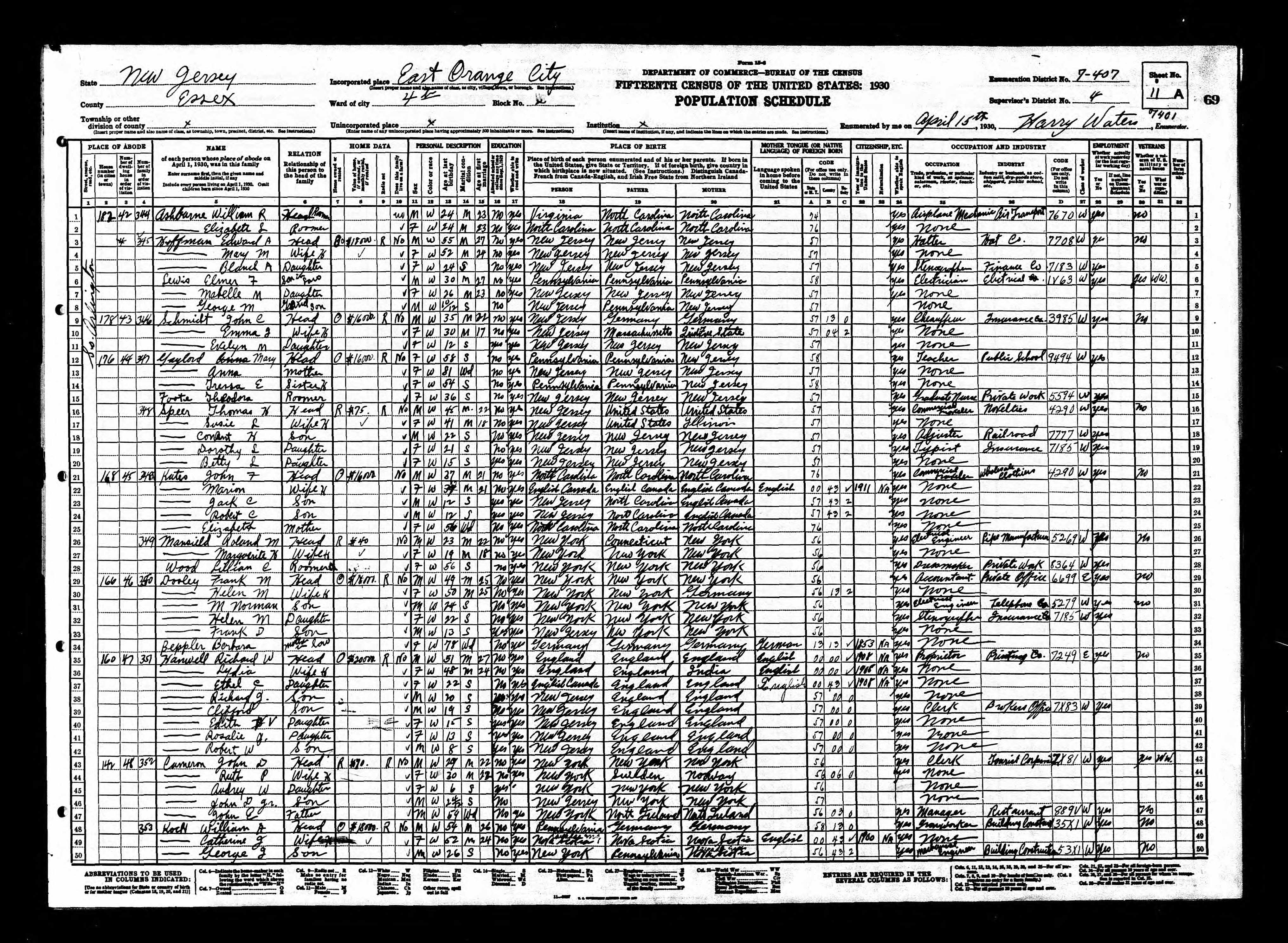 Colonel Robert Clark Kates was born in Newark, New Jersey, on March 6, 1918 to John and Marion Kates. Robert Kates' father, John Kates, was born in North Carolina and worked as a traveling clothing salesman.1 His mother, Marion, was born in Canada and was a housewife. He had one older brother named Jack. Kates attended East Orange High School, graduating in 1936. According to his yearbook, he went by Bob and aspired to retire at age 35. He had not decided what he wanted to be in the professional world, but that would change shortly after his graduation.

On July 1, 1936, Kates enrolled in the West Point Preparatory School in New York. This school helped to prepare cadets for their career at the United States Military Academy at West Point.2 Two years later, on July 1, 1938, he became a cadet at West Point.3 West Point, founded in 1802, educates and trains cadets to become officers in the United States Army.4 He graduated from West Point on May 28, 1942, achieving the rank of second Lieutenant. He obtained a Bachelors of Science in Management. His graduation photo is seen here.5 While Kates was busy with his studies, the United States entered World War II on December 7, 1941, and by the end of the summer of 1941, the US Army mustered in 1.2 million Americans to serve. By the time of Kates' graduation, that number more than doubled.6 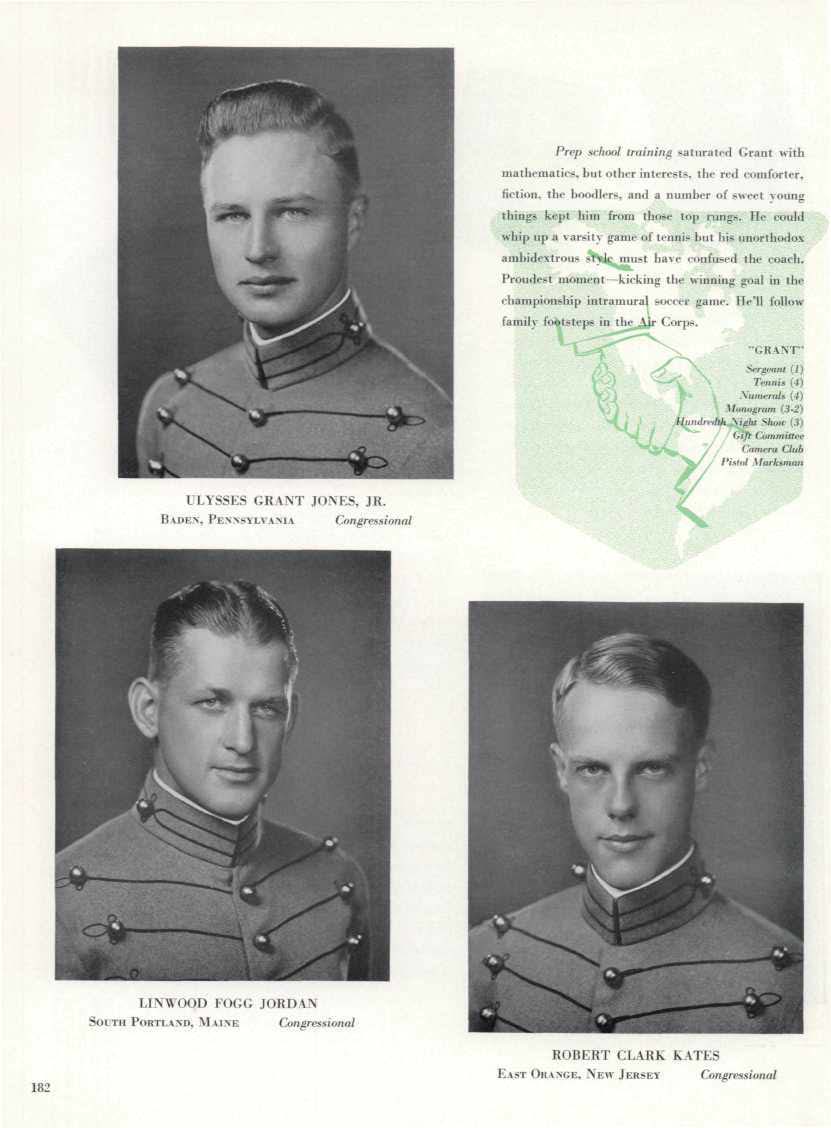 Kates spent the early portion of his military career serving his country in the US Coast Artillery Corps. The US Coast Artillery Corps’ primary responsibility during World War II was to provide protection to the United States’ coastal regions, specifically ports and other areas of strategic interest. This responsibility for defending coastal areas was attended to in the defense of allied countries’ coasts during the war, as the US government began moving the guns posted on their shores to areas where they could see more use.7 While serving in this position, Kates rose to the rank of first lieutenant on May 29, 1945 and the rank of captain on January 18, 1946.8

When Kates graduated from West Point in 1942, his biography stated that he had “success in judging character, values, and motives.”9 That trait followed him throughout his career. Kates attended post-graduate school at Georgetown University, graduating in 1952 with a degree in law. This degree allowed Kates to transfer from the Coast Artillery Corps to the Judge Advocate General’s Corps, or the JAG Corps, the legal body of the United States Army, on March 24, 1953.10 General George Washington of the Continental Army formed the Judge Advocate General’s (JAG) Corps on July 29, 1775; it is comprised of Army officers who have also obtained law degrees and passed the bar. These men and women are in charge of prosecuting and defending military law.11 Kates served in the Army for thirty years, encompassing World War II, The Cold War, the Korean War, and the early years of the Vietnam War. During his time in the JAG Corps, he was promoted to the rank of Major on April 24, 1953, and then to Lieutenant Colonel on May 29, 1963.12 Kates retired as a colonel in January 1967. His service in the law profession continued after his military service ended.

After his retirement from the military, Kates and his wife, Eleanor, lived in Athens, Georgia. While living in Georgia, Eleanor obtained her doctorate and began a career in education that would last over 20 years.13 During this time, Robert Kates began teaching as well, becoming the Director of the Office of Special Studies at the University of Georgia in the early 1970s.14 Kates and his wife Eleanor lived in Georgia for most of their adult lives, eventually leaving in the early 1990s to move to Florida. Robert Kates died in Duval, Florida on April 29, 1996. He left behind his wife Eleanor. Although he did not retire at age 35, Kates served a long and prosperous career in the United States Army. He is memorialized at Florida National Cemetery in Bushnell, Florida. His memorial stone is located at MD 15.15