Francis Patrick Currey Jr. was born on August 9, 1924, in Buffalo, NY; he was declared Missing in Action or Lost at Sea, presumed dead, in the Atlantic Ocean, about 400 miles south of Iceland on March 9, 1944.1 He was memorialized in the Florida National Cemetery on April 3, 1996.2 He is also commemorated at the Cambridge American Cemetery in Cambridge, England on the Tablets of the Missing.3 His parents were Francis (Frank) Patrick Currey Sr.4 and Julia Currey who married in 1921. His father Patrick Currey Sr. was a Buffalo, NY native, while his mother Julia Currey emigrated from Canada and was naturalized in 1921.5 His father served in World War I and later worked as a steel-lathe hand and inspector in the steel industry.6 Francis was the oldest of Francis Sr. and Julia’s children; he had one younger brother, Richard Currey.7 Growing up, Francis Jr. lived in Buffalo, NY with his family most his life, minus a brief stint in Cleveland, Ohio, sometime between the years of 1930 and 1935.8 According to the 1940 Census, Francis Jr. completed at least one year in high school.9

On December 12, 1941, Currey enlisted in the Coast Guard where he served on the USS Leopold as a Petty Officer Third Class.10 During wartime the Coast Guard is part of the armed forces. This rank represented the lowest ranking non-commissioned officer in the US Navy and US Coast Guard, the equivalent of Corporal in the US Army and US Marines.11 He worked as a signalman.12 Currey’s duties included transmitting, receiving, encoding, decoding, and distributing messages obtained via the visual transmission systems of flag semaphore, visual Morse code, and flag hoist signaling. Signalmen had to relay information quickly and accurately. In order to become a signalman, one had to be adept with receiving transmissions in Morse code, sonar, and flag-hoist signaling. Often, the quick reactions of the signalman meant life or death for the crew of the ship so only men who were quick and trusted served in this post.13 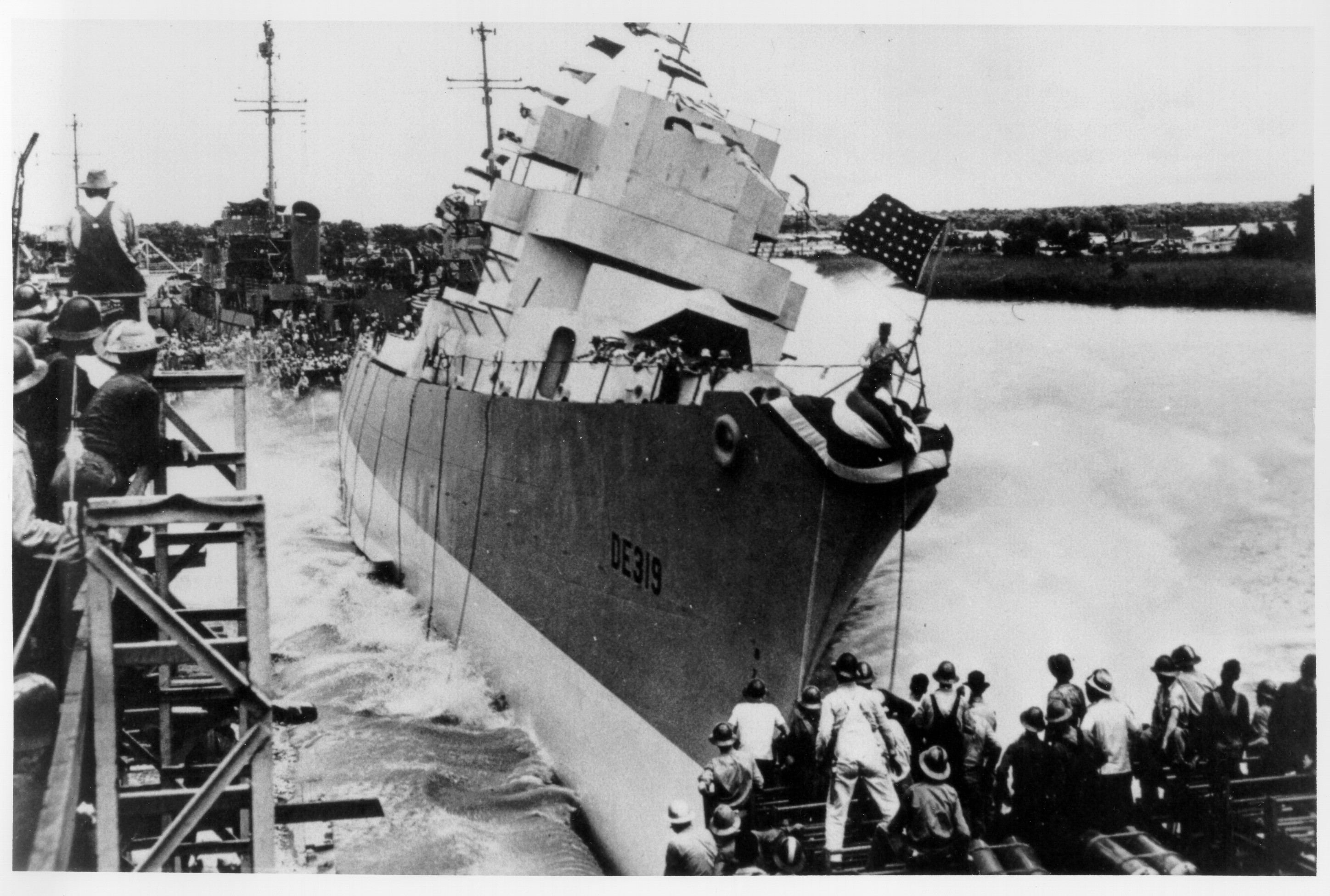 Currey served on the USS Leopold, an Edsall Class destroyer escort, laid down in Orange, Texas, in March 1943, by the Consolidated Steel Corporation.14 A Destroyer Escort’s mission included escorting merchant shipping vessels and protecting them from submarines.15 The USS Leopold was named for Ensign Robert Lawrence Leopold who was killed on the USS Arizona on December 7, 1941.16 The USS Leopold launched on June 12, 1943, sponsored by Miss Helen S. Leopold, sister of Ensign Leopold. After commissioning ceremonies on October 18, 1943, the USS Leopold was delivered to Galveston, TX, for firing tests. After firing tests, the USS Leopold made its maiden voyage to the port of New Orleans, LA. Following the maiden voyage, the ship completed its shakedown training in Great Sound, Bermuda in November. After completing crew training in December 1943, the USS Leopold deployed as a destroyer escort for naval convoys.17

On December 24, 1943, the USS Leopold escorted a US convoy, UGS-68, to the Mediterranean and docked in Gibraltar before heading back home in January of 1944, docking on February 4, 1944 in New York City.18 The USS Leopold participated in the Battle of the Atlantic, a military campaign fought between the US Navy and the Kriegsmarine from 1939 until the end of the war in 1945. The Battle of the Atlantic featured incredible hardships and terrifying warfare fought by Allied sailors with courage and determination until its end.19 When the fighting started in 1939, the British Royal Navy had an aging fleet, while the much smaller Kriegsmarine had a newer fleet.20 Allied records note that around March 1943, due to advancements in weapons and radar, the Battle of the Atlantic turned toward an Allied victory.21

On March 1, 1944, the USS Leopold embarked on a 27-ship escort mission CU-16, part of Escort Division 22, to the British Isles. During this escort, American ships off the coast of Iceland identified a German U-boat by radar contact on March 8, 1944. The USS Leopold and the USS Joyce sailed to intercept the enemy vessel. The ship engaged the Kriegsmarine U-boat U-255 on March 9, 1944. An acoustic torpedo fired by the submarine hit the USS Leopold, severely damaging it. Soon after the impact, the crew abandoned ship. The USS Leopold remained afloat until March 10, 1944, when it officially sank south of Iceland during a storm. 22 As a result of this engagement, 171 of the 192 crew members died or were lost at sea, including Francis Patrick Currey Jr. He was nineteen years old.23 The twenty-eight survivors were rescued by the nearby USS Joyce.24 Currey’s ship was one of 549 American ships sunk by U-boats during World War II. A total of 2,784 Allied ships were sunk all by the Kriegsmarine U-boats.25

For his service and heroism, Francis Patrick Currey Jr. was awarded a Purple Heart, an American Campaign Medal, a Combat Action Ribbon, and a World War II Victory medal posthumously.