By Clinton Courtney and Rachel Street 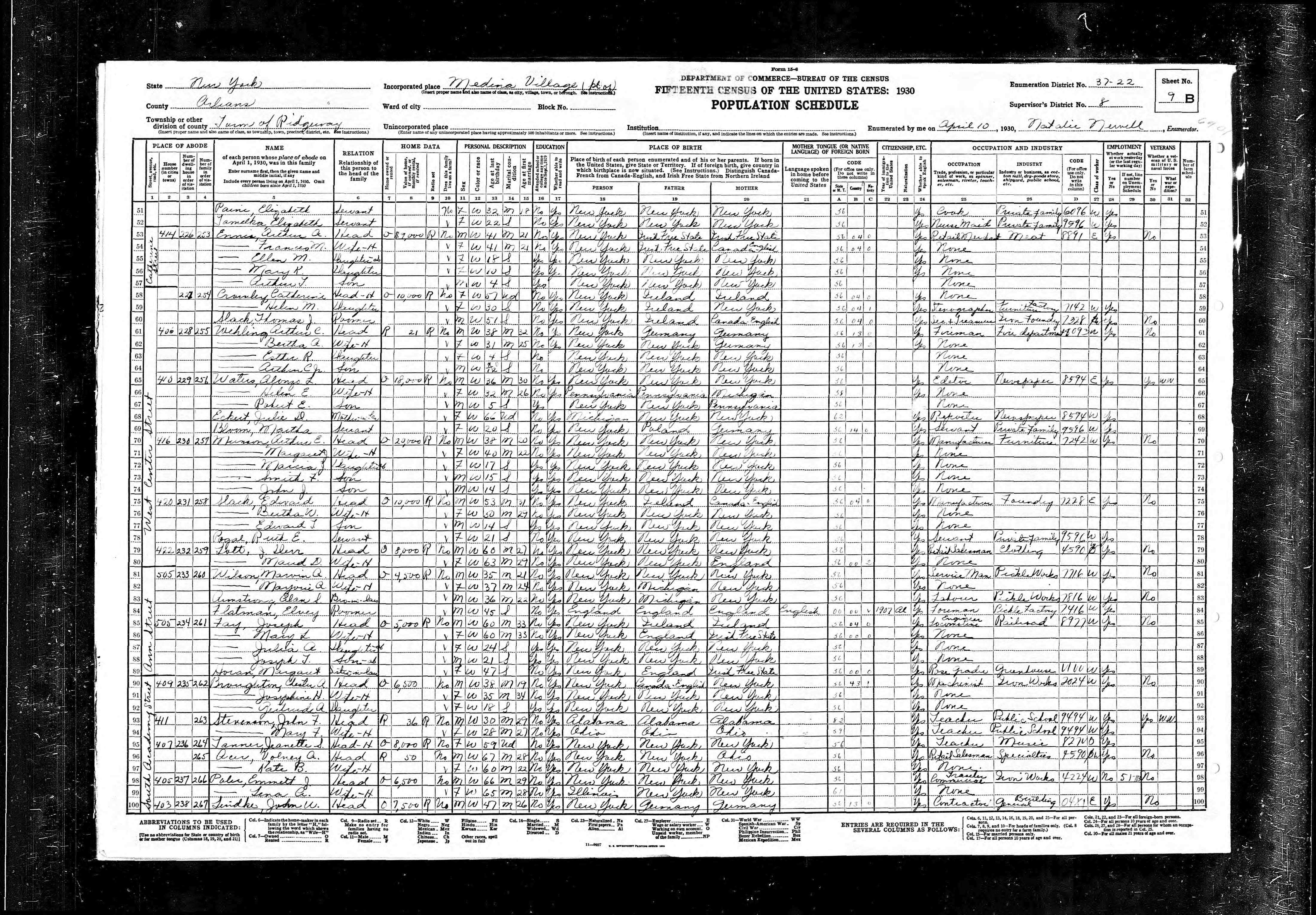 John J. Munson was born in 1916 in Medina, New York, to Arthur E. Munson and Margaret J. Munson.2 According to the 1930 Census seen here, the Munson family still lived in Medina Village, New York in 1930. After graduating high school, Munson entered the Naval Academy in Annapolis, Maryland, in 1935.3 While there, Munson played on the lacrosse team and served as the sports editor for The Log and The Lucky Bag, the academy’s magazine and yearbook.4

After graduating from the academy in 1939 at the age of 23, Munson spent some time stationed in Honolulu, Hawaii, before seeking treatment the following year at Norfolk Naval Hospital in Portsmouth, Virginia, for reasons unknown.5 Sometime after the treatment, Munson transferred to the USS Kearny, a Navy destroyer ship.6 In 1941, as Munson served as the Communications officer on the ship, the vessel was torpedoed on the starboard side when it responded to a convoy of ships in distress near Iceland. The US government later attributed the attack to a German submarine.7 The disabled Navy destroyer was unable to send a distress signal for four hours. As a result of the incident, eleven people lost their lives and twenty-two others were wounded, though Munson survived this attack.8 For his service in this crisis, Munson was promoted to Lieutenant.9 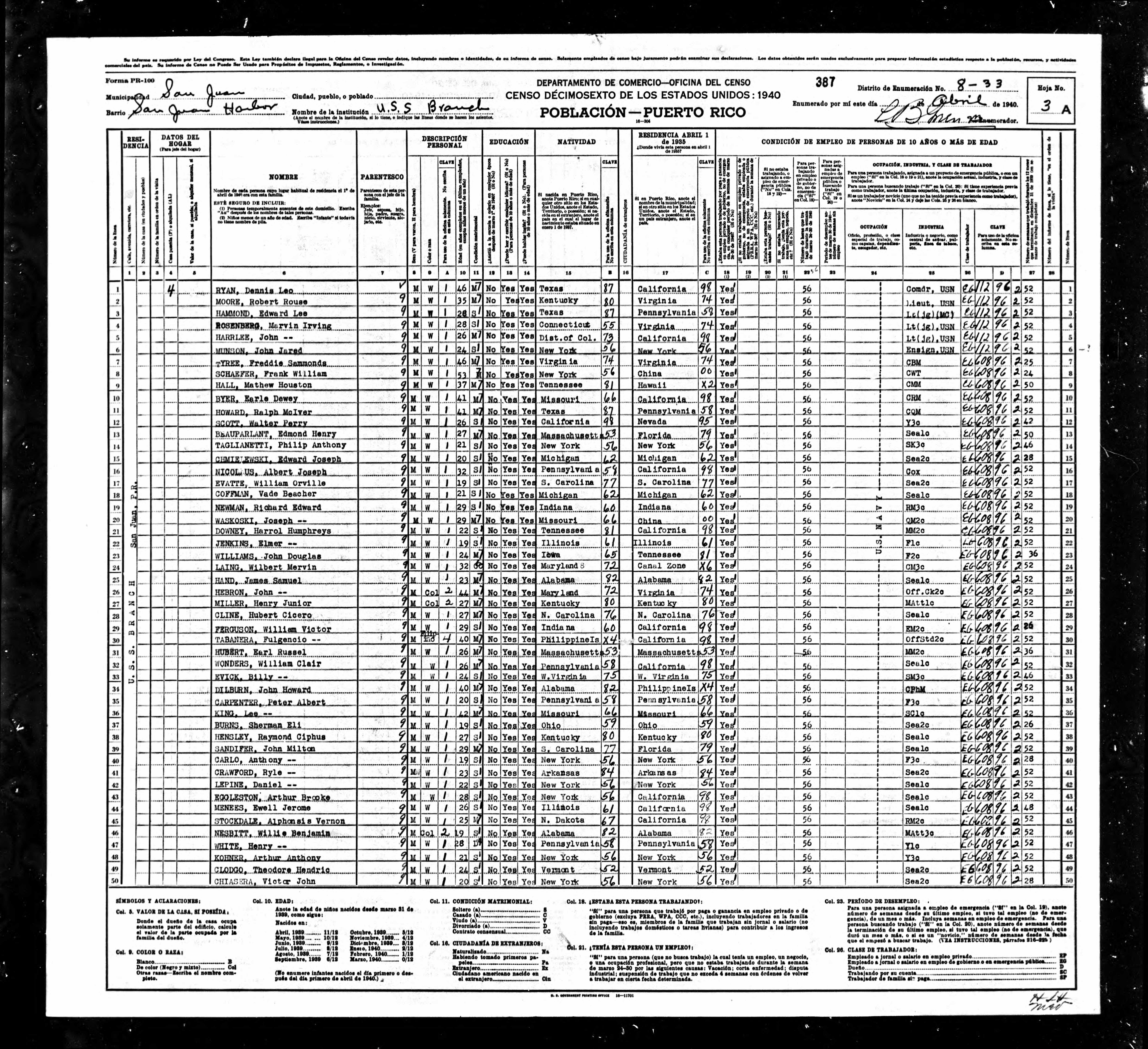 In January of 1942, Munson was transferred from the USS Kearny to a naval air station in Pensacola, Florida for instruction in fixed wing aircraft, specifically those assigned to patrol squadrons during the Second World War.10 Some time after completing his training, Munson led Patrol Squadron 93 of Bombing Squadron 110 (VPB-110), part of Fleet Air Wing Seven of the Air Force Atlantic Fleet.11 The squadron, which flew PB4Y-1 planes, was stationed in England where they mainly ran patrols over the Bay of Biscay.12 This squadron flew a number of combat missions while overseas, notably engaging in “one of the longest surface battles of aircraft against a U-boat in WWII” against the German U-966.13 In VPB-110, Munson also gained a political connection in fellow serviceman; Joseph P. Kennedy, older brother of the future President of the United States John F. Kennedy, also served in the squadron.14 The elder Kennedy volunteered for a mission to fly a plane armed with explosives aimed towards enemy V-1 launching sites.15 Joseph tragically lost his life when the plane exploded before reaching the destination. As a result of his sacrifice, he was awarded the Navy Cross.16 Unbeknownst to Munson, he would experience another connection with the Kennedy family later in life.

In April of 1943, Munson married Margaret OudsHoff in Brevard County, Florida.17 Through his family connections, Munson witnessed the rapid growth of his Florida hometown. Margaret’s father, Rudi OudsHoff, was an influential force in the establishment of Melbourne’s water system in the 1950s during his three terms as mayor of the Florida city.18 This infrastructure improvement came just before the the missile program launched in Cape Canaveral. In fact, it was Munson’s prior station, Banana River Naval Air, that became the site for testing missiles after it was given to the Air Force in September of 1948. 19

Newly named Patrick Air Force Base, the site proved the ideal location for a testing grounds because of its climate and sparse development.20 Captured German V-2 rockets were previously tested in White Sands, New Mexico, but the location could not accommodate rockets with a range larger than 322 km, which led to the range’s opening at Cape Canaveral in 1950.21 It was likely not until the creation of the National Aeronautics and Space Administration (NASA) and the Apollo program at Cape Canaveral that Brevard County experienced a boom in population. In the 1950s and 1960s, “Brevard soared from 23,653 to 111,435 individuals, an incredible increase of 371 percent, almost five times as high as the state’s average and 19 times higher than the national average for counties.”22 The location for the space program was later named the Kennedy Space Center, after the younger Kennedy, John, following his assassination.23 Perhaps this national landmark so close to his home served as a reminder for Munson of the fallen Joseph Kennedy, his fellow serviceman, and the losses the nation faced during the war years. Some time around 1957, Munson served aboard the USS Leyte where he was credited with organizing WCVS, the ship’s radio broadcasting station which provided soldiers with music, news, sports, and other shows.24

Years later, Munson served as a Naval Attaché at the US Embassy in Moscow for three years around 1960.25 As Naval Attaché, Munson worked to advise the US ambassador to the Kremlin on military matters concerning the US Navy. Munson would have advised on regional political-military activities taking place in the Soviet Union.26 While living in Moscow, Munson’s father-in-law visited for a brief time before returning to Melbourne to offer its citizens news of American and Russian relations and a presentation on Russian propaganda posters.27 After his duties in Moscow came to an end, Munson transferred to his next duty station where he was the commanding officer of the Memphis Naval Air Station.28

After an illustrious career, Munson retired with the rank of captain. After retirement, he continued his involvement with aviation.29 In 1968, Munson worked for the Florida Technical Institute of Technology School of Aeronautics as the director of admissions.30 There, he counseled and recruited students.31 In 1971, while working for the Aerospace Technical Institute, Munson was one of eight men to run for councilman in Indialantic, Florida.32 At the same time, he was a charter member of the Indialantic volunteer fire department.33 After more than thirty years serving the American people through the military, education, politics, and community service, John Munson passed away June 7, 1996, in Brevard County, Florida, at the age of eighty. He is memorialized at Florida National Cemetery in Bushnell, Florida with his wife, Margaret.34