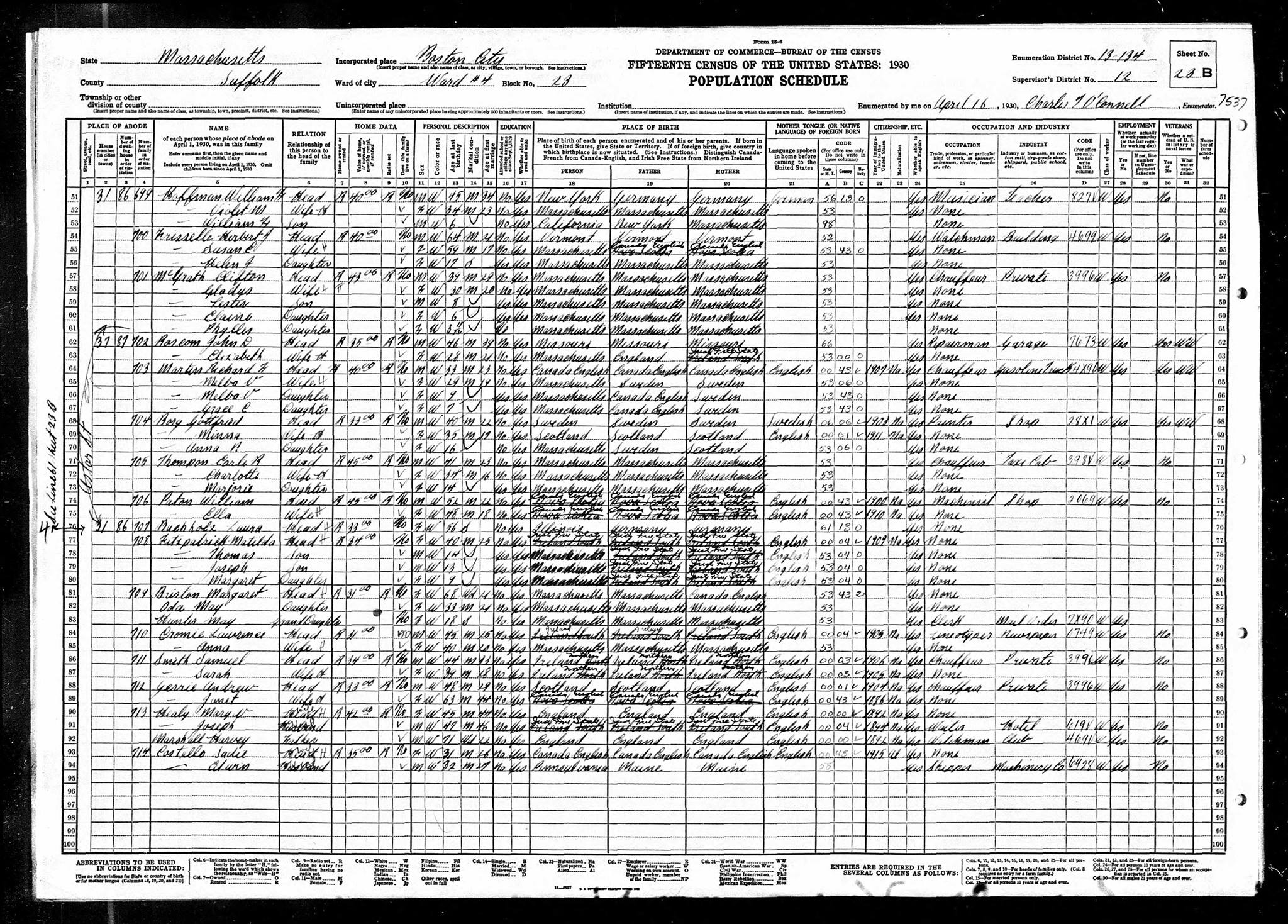 Lester G. Magrath was born on June 6, 1921 in Boston, Massachusetts.1 His father, Clifton Magrath, worked as a private chauffeur and his mother, Louise Gladys, was a housewife. According to the 1930 census shown here, Lester Magrath was the only boy and the eldest of three children. The eldest daughter, Elaine, was a year and a half younger than Lester and his youngest sister, Phyllis, was four years younger. Lester and everyone in his family with the exception of his four-year-old younger sister were literate in 1930 Census.2 The Wall Street stock market crashed when Lester was eight years old, and he grew up during the Great Depression. For his father to have a job as a private chauffeur in 1930 was beneficial to the family, as many during this period were unemployed.3

By the time Magrath enlisted in the United States Army in 1942, he had completed four years of his high school education.4 He enlisted on May 18, 1942.5 Magrath joined the US Army as part of the Air Corps and succeeded in reaching the rank of Staff Sergeant by the end of World War II. In 1945, the Army Air Forces was still a subset of the US Army. The US Air Force would not be established as a separate branch of the US military until 1947.6 As seen in the image here, during his service Lester married Hazel Irene Snyder on July 3, 1943 in Hillsborough, Florida, along the Gulf of Mexico coast.7 Like his parents before him, over the following decade Lester and Hazel also had three children, two sons and a daughter. Their names are Michael, Douglas, and Kathleen Louise, now Kathy McDonald.8

After the end of World War II, Magrath reenlisted in Detroit, Michigan on November 28, 1945, in the Army Air Corp and served in the Hawaiian department. Magrath stayed in the Air Corp through its transition to becoming the US Air Force. He stayed in the military for thirty years, participating in the Korean War and Vietnam War in addition to his World War II service.9 He did not remain in one location for his whole military career. He served some time in Harris, Texas, where his daughter Kathleen was born on December 8, 1952.10 His last location before being discharged from the U.S. Air Force was in Oklahoma, where he was stationed on Tinker Air Force Base. This Oklahoma base opened originally March of 1942 and worked on overhauling the first B-29 Superfortresses.11 Lester Magrath was released from the US Air Force on July 31, 1972.12 By the time of his retirement, Magrath achieved the rank of Master Sergeant.

After his retirement from the Air Force, Lester and Hazel moved back to Valrico, Hillsborough, Florida. Their children were living in Florida during this time as well, Michael was in Cocoa, Douglas in Daytona Beach, and Kathy was in Oviedo. Magrath passed away on July 18, 1996.13 At the time of his death, he had four grandchildren and six great-grandchildren. Florida National Cemetery in Bushnell memorializes Master Sergeant Lester Magrath. His plot is located at MD 23.