Earl J. LaPan was born in Lowell, Massachusetts, on August 24, 1908, and died in Palm Beach, Florida, on February 19, 1996, at the age of eighty-seven. He was the son of Frank P. LaPan and Aetna E. Mailloux, and was the second oldest child among his four siblings Claire, Muriel, Roy, and Paul LaPan. Earl LaPan married Nina Mae Robbins in Jacksonville, Florida on June 15, 1933.1 He was drafted into the U.S. Army Air Corps on October 29, 1943. In 1944, Earl and Nina were divorced.2 Earl LaPan later re-married to Alice M. Pearse in Miami, Florida, in 1949. 3

Throughout his life, Earl J. LaPan was an accomplished artist. Beginning his career as an artist in New Jersey, Earl LaPan moved to Florida sometime around 1933.4 While living in Florida, he painted hundreds of works of art throughout the hotels of Miami and southern Florida; many of his works are still on display today.5

LaPan’s numerous contributions to art throughout southern Florida may have been influenced by federal programs in the 1930s. During the Great Depression, artists benefited greatly from New Deal policies such as the Federal Arts Project.6 In effect from 1935 to 1943, the Federal Arts Project spanned 48 states and had many active community art centers, including active art centers in Miami and the Florida Keys.7 At these community art centers, artists were hired to educate interested locals in the arts.8 In 1940, LaPan indicated that he was Portrait Artist in the U.S. Census.9 Therefore, LaPan could have presumably contributed some of his works to the Federal Arts Project. Overall, he is credited for creating over 300 murals depicting tropical scenes.10

Earl LaPan’s work as an artist came to a pause on October 29, 1943 when he was drafted into the Army Air Corps, and sent to Camp Blanding for training. Unfortunately, any military documents that may have further recorded LaPan’s time in the Army Air Corps have been difficult to recover. However, this difficulty tells a very important story. On July 12, 1973, the National Personnel Records Center suffered a major fire.11 During this disaster, eighty percent of all Army Records of service members discharged between November 1, 1912 and January 1, 1960 were destroyed.12 Additionally, seventy-five percent of the records of Air Force personnel discharged between September 25, 1947, and January 1, 1964, were lost to the flames.13 It is possible that Earl LaPan’s service records were, too, lost in the fire. 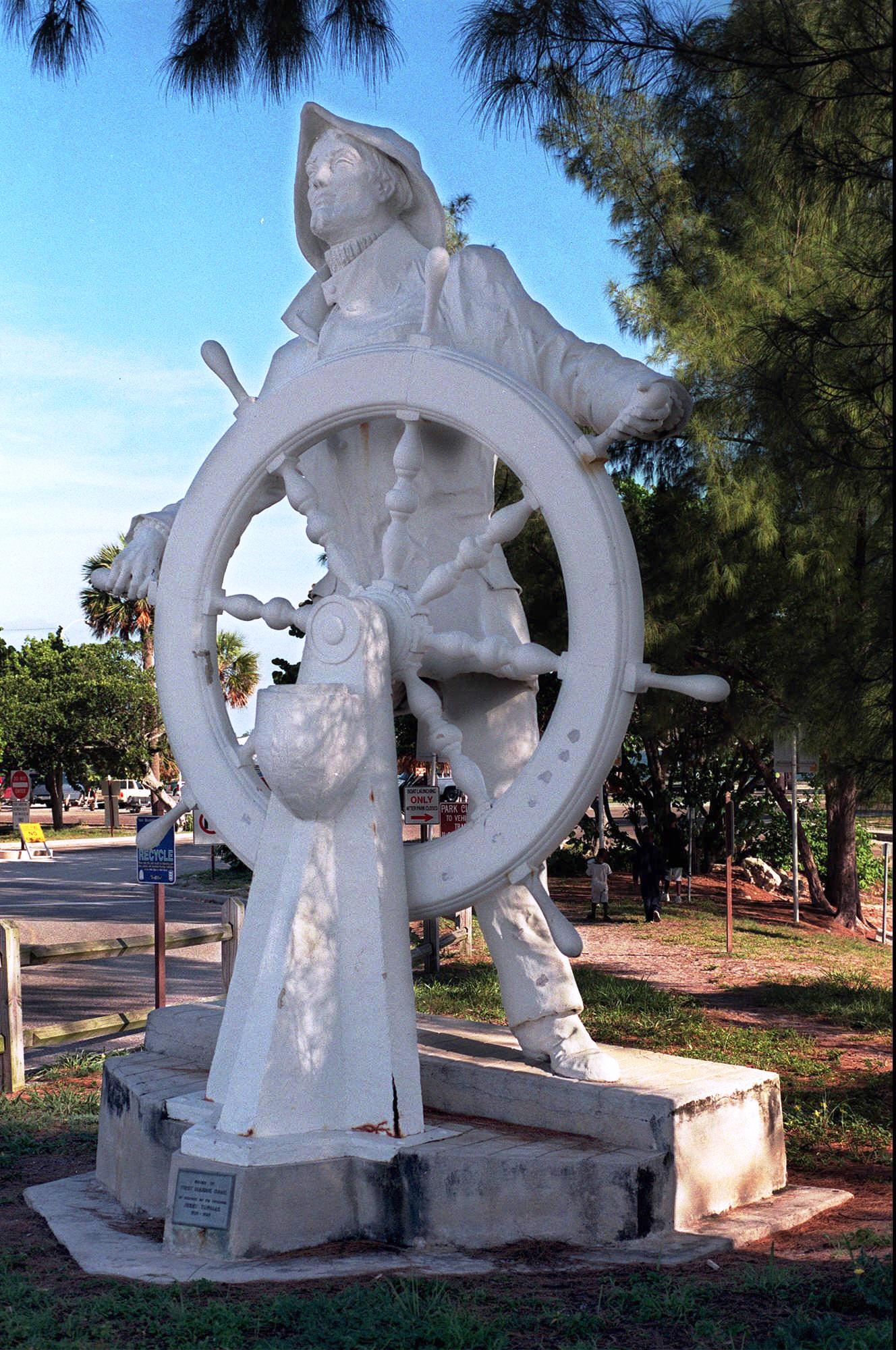 Whereas military records detailing LaPan’s life during service may be lacking, there is much recorded about his life after the military. After World War II, Earl LaPan married Alice Pearse in 1949 in Miami.14 There, he went back to work as an artist and accomplished many great things, including some major contributions to the city’s local public arts. Among the most notable of these contributions is The Mariner, seen here, which is a fourteen-foot statue created for the Mariner Bank in 1978 which cost $18,000.15 The model LaPan used for the statue was the founder of the Mariner Bank and Florida Senate President, Jerry Thomas.16 Following the bank closure in 1983, the statue was moved to Phil Foster Park, where it still resides today.17 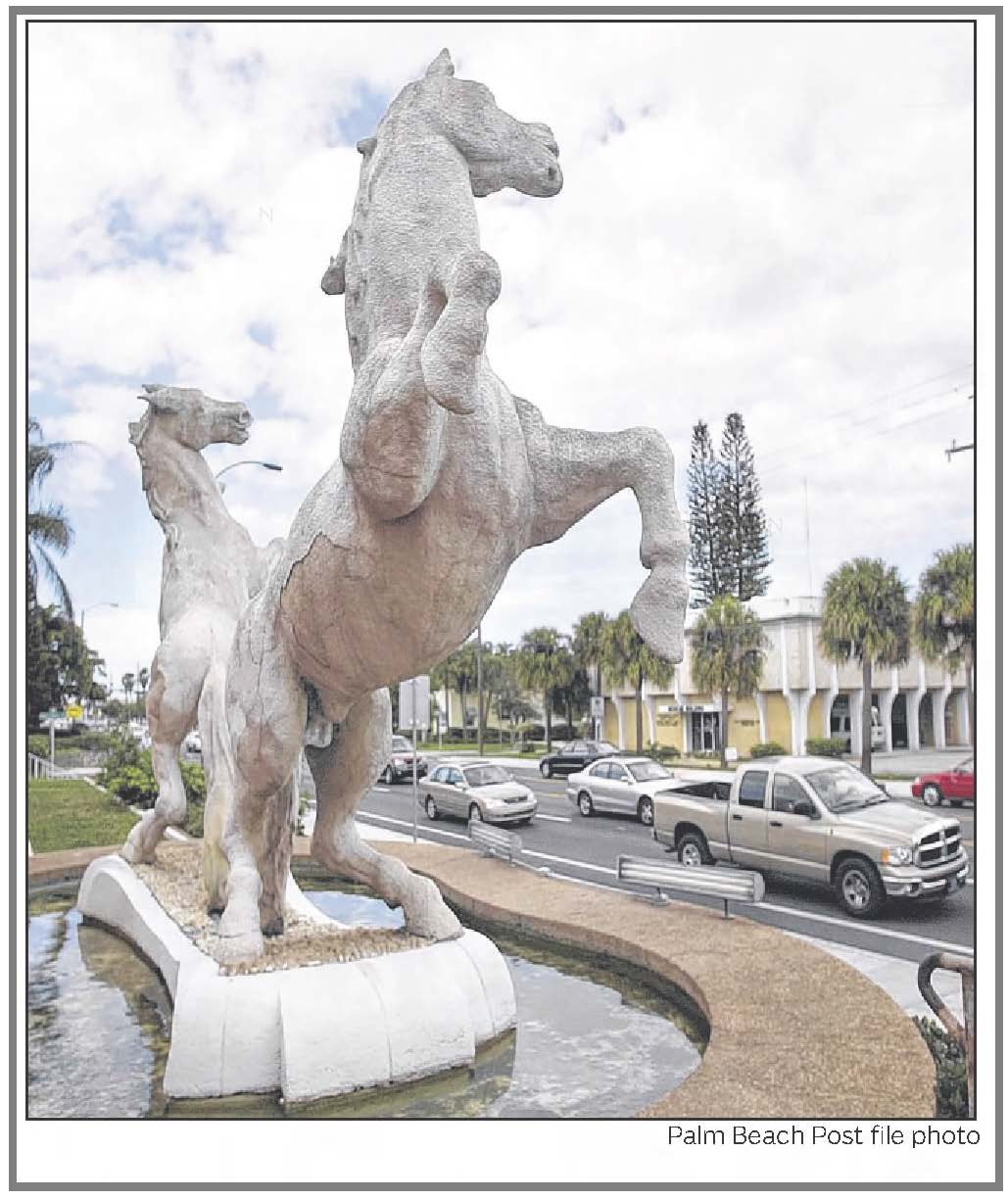 Another notable statue created by LaPan was that of two enormous rearing horses, standing ten feet high and weighing one ton, that stood in front of the First Federal Bank.18 This iconic statue became an unofficial landmark, and the First Federal Bank became to be known as “the horse bank.”19 Unfortunately, the statue was not eligible to become a historic landmark in 2000, when efforts were made to bring attention to the deteriorating condition of the statues.20 Due to lack of repair, one of the horses fell during a storm in 2005, and the other was deemed a danger to pedestrians. Thus, the entire statue was replaced a year later.21

Earl J. LaPan served his country as one of the many enlisted soldiers of World War II, and went on to become a uniquely notable sculptor and painter after the war. Though he is memorialized at the Florida National Cemetery, which recognizes LaPan’s military service above all else, some of his most notable achievements in life were from his work as an artist.22 The murals and statues that he created are still displayed today, and can be seen and admired by generations to follow. Ultimately, these works of art are legacies that he leaves behind.