Jack Doberson served during World War I in the Army where he achieved the rank of Private.1 Doberson was born in Douglas, Georgia.2 Few details exist about his early life and family beyond that fact that both of his parents were natives of North Carolina.3 Prior to his military service, Doberson lived in Mystic, in rural Irwin County, Georgia, where he worked as a farm laborer⎯a common occupation for many rural southern blacks.4

After the US entered World War I, Doberson, like millions of American men, registered for the military draft on June 5, 1917.5 On March 31, 1918, the Army inducted him into military service as he reported to Camp Gordon, then located in Chamblee, Georgia, outside of Atlanta.6 Here, Doberson joined the 157th Depot Brigade.7 Depot brigades held soldiers during the period of initial processing, training, and indoctrination into the army. These men remained there until assigned to an operational unit.8 He served with the 157th Brigade until June 3, 1918, when he joined Company E of the 372nd Infantry Regiment. The 372nd would serve as one of four infantry units that composed the all-black Ninety-third Division.9 The Army organized the regiment on January 1, 1918, from black National Guard units from Connecticut, the District of Columbia, Maryland, Massachusetts, Ohio, and Tennessee.10

On June 30, 1918, Doberson and his unit boarded the USS President Grant from Hoboken, New Jersey, to France, listing his grandmother Annie Evans, a resident of Waycross, Georgia, as his emergency contact.11 In France, the 372nd became attached to French Army divisions for training before being assigned to the well-known French 157th “Red Hand” Infantry Division. After suffering heavy casualties, French military officials had appealed for fresh American forces to serve under French control. As President Woodrow Wilson ordered that the American Expeditionary Forces remain under American control, Commanding General John Pershing satisfied France’s request by sending the four all-black infantry units of the Ninety-third Division, including the 372nd to the French Army. 12 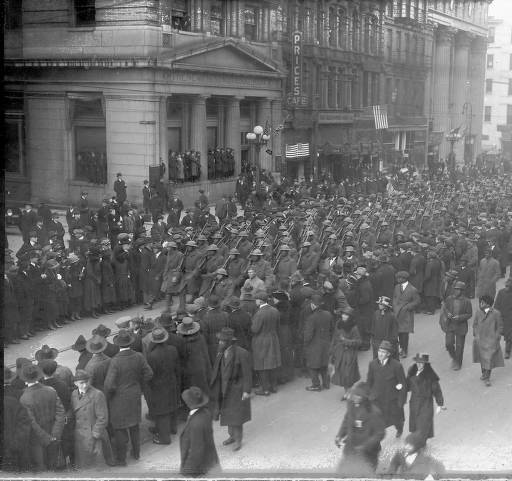 As such, the regiment participated in the Meuse-Argonne, Lorraine and Alsace campaigns during the war. The 372nd never surrendered or retreated; their role in the Meuse-Argonne campaign proved decisive in ending the war. The regiment is credited with taking nearly 600 prisoners and securing large quantities of engineering supplies and artillery ammunition. For their bravery in the face of battle, the French awarded the 372nd with the Croix de Guerre award.13 On February 3, 1919, Doberson and the 372nd left Brest, France, aboard the USS Leviathan to return to the US.14 As seen here, Ohioans welcomed the 372nd home with a parade in Columbus. The Army honorably discharged Doberson on March 1, 1919.15 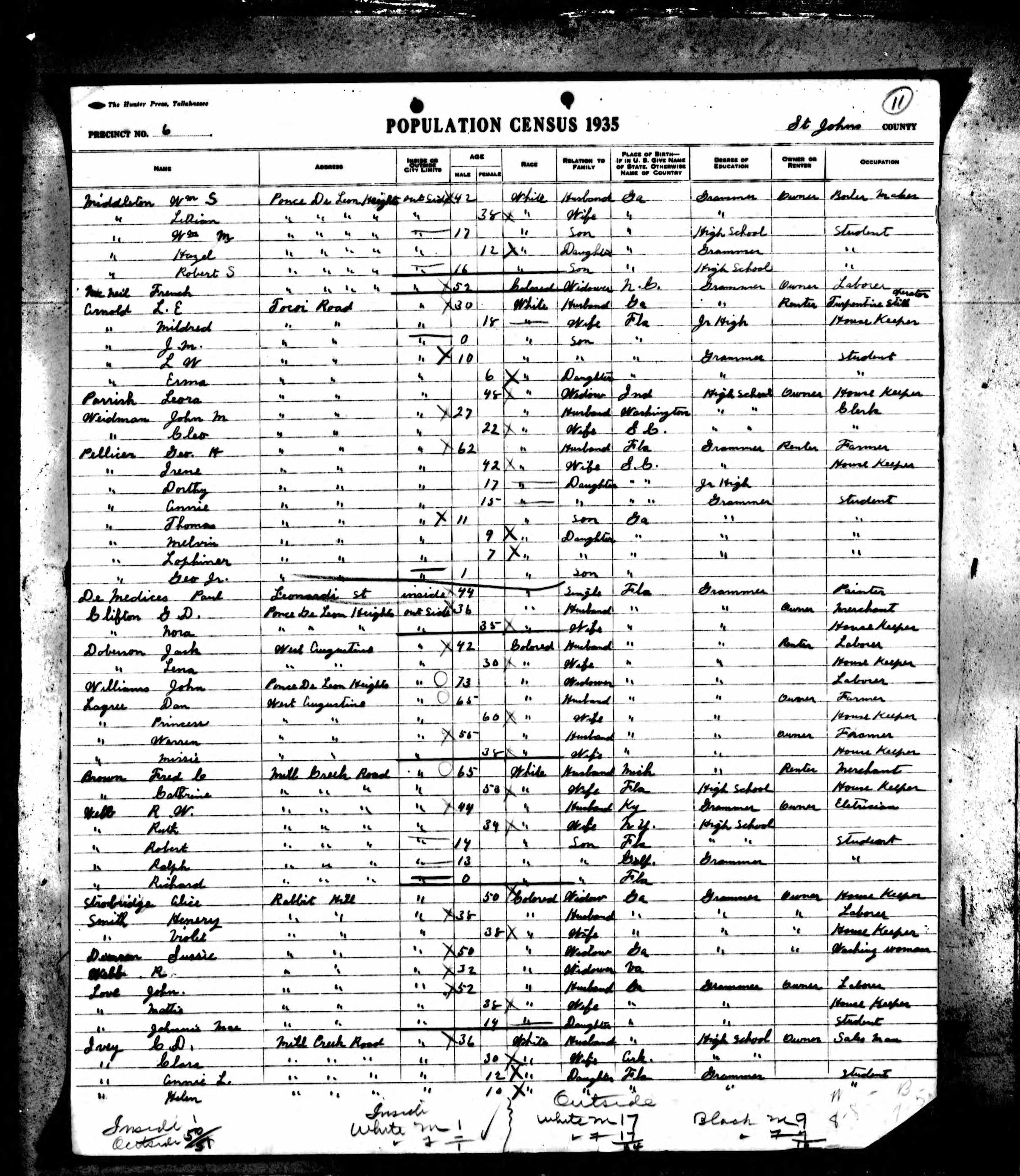 After the war, Doberson returned to Georgia. In 1920, he lived as a boarder in the home of John and Amy Pickett in Waycross. Doberson and John Pickett worked together as timber cutters at a local sawmill.16 Industries like sawmills and logging camps offered relatively steady work year-round for black laborers.17 By 1935, Doberson, now married to his wife Lena, lived in St. Johns County, Florida, where the couple lived in the West Augustine community, as seen here in the 1935 Florida State Census. Doberson worked as a laborer while his wife maintained their home.18 On February 20, 1946, Doberson passed away at the age of fifty-three. He was interred at the Saint Augustine National Cemetery in Section D, Plot 50.19