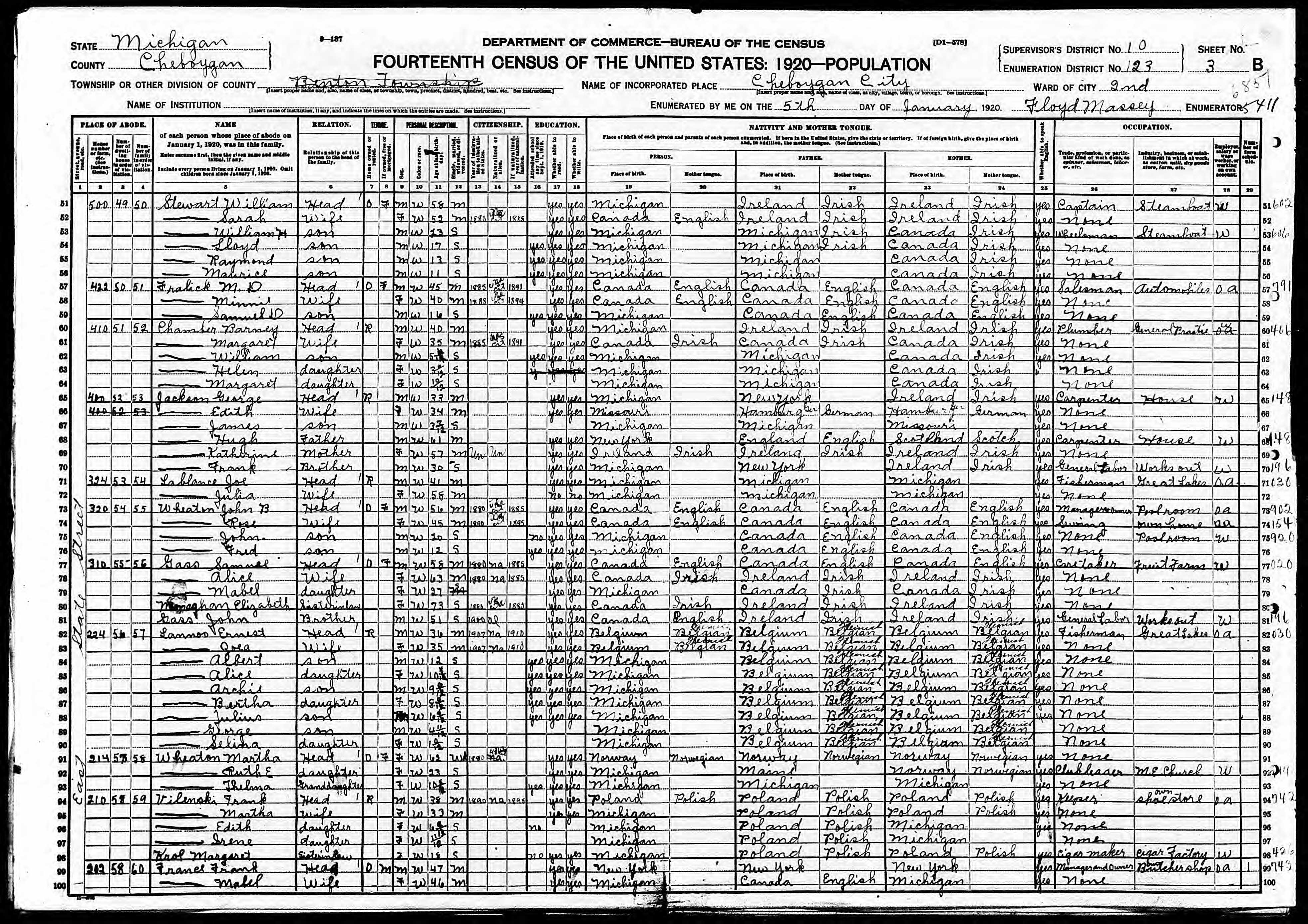 On May 22, 1916, James George Jackson was born to Edith Peters and George H. Jackson in Cheboygan, Michigan.1 Along with his brother Edward D. Jackson, Jackson was born and raised in Michigan. As seen in the 1930 Census, Jackson’ uncle, John Frank Jackson, lived with the family. George H. Jackson’s parents, Hugh and Katherine Jackson, previously lived with them as well, as seen here in the 1920 Census.2 Jackson’s father worked as a carpenter and electrician and his uncle worked as a general laborer and plumber. During his youth, Jackson participated in a dance band as a musician for ten years.3 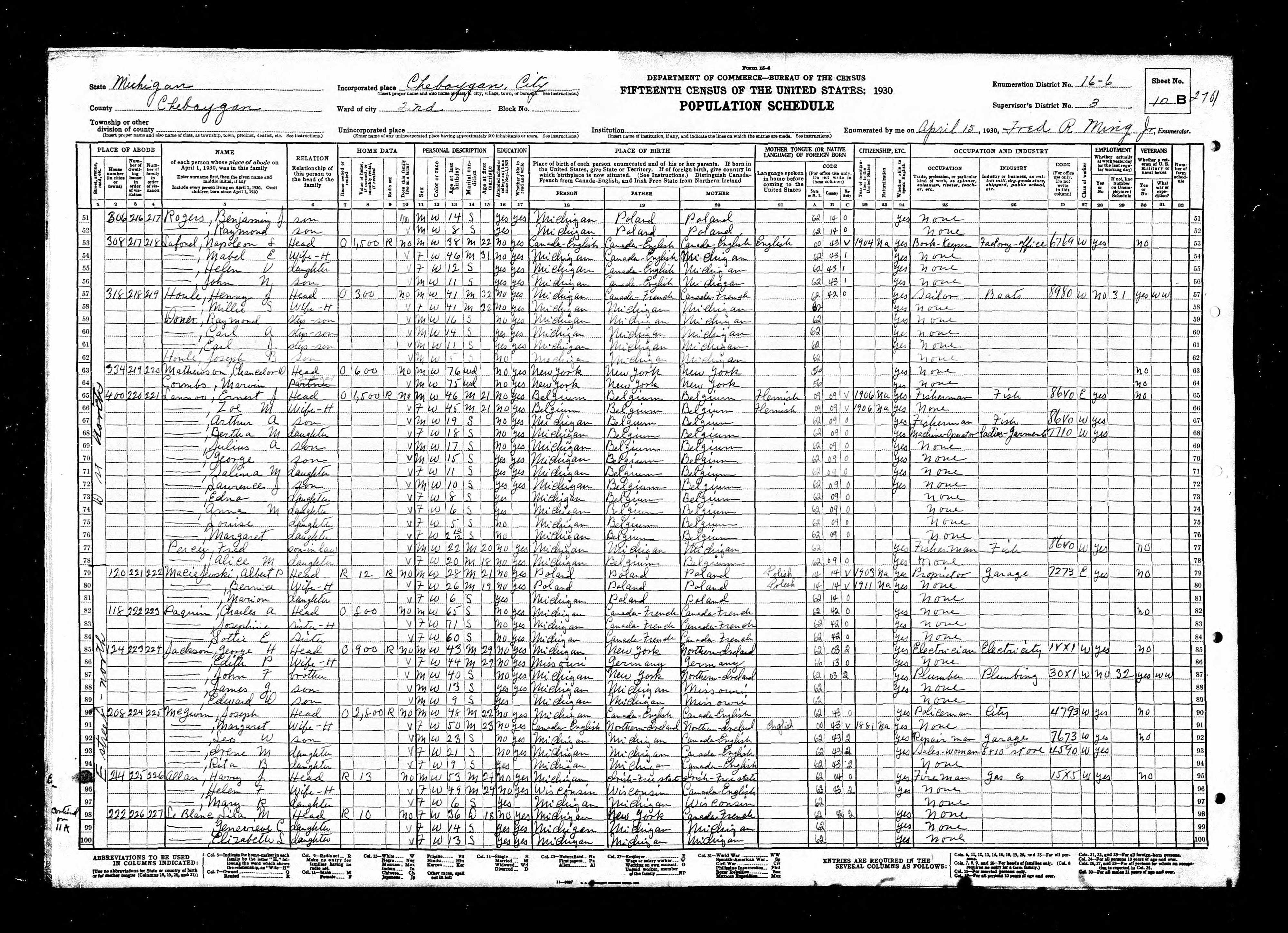 On November 1, 1940, Jackson enlisted in the Air Corps Army in Detroit, Michigan.4 His enlistment record describes him as white, 67 inches in height, and 130 pounds. 5 He served throughout the Pacific Theater, including the Hawaiian Islands, Solomon Islands, and Fiji Islands. Jackson survived the attack at Pearl Harbor, Hickham Field on December 7, 1941. During the Pearl Harbor attack, Japanese planes and soldiers attacked the US naval base in Oahu, Hawaii. On that early Sunday morning, the naval units reported unidentified forces in the waters and an American destroyer reported an unidentified submarine, but it was too late to take action. As a result, the Japanese “wiped out the Pacific fleet, destroyed many planes on the ground, and inflicted over 3,000 casualties.”6 Jackson witnessed and survived this tragic event.

After Jackson was honorably discharged in 1945, he furthered his education, enrolling at Wayne State University and the Detroit College of Law in Detroit, Michigan.7 On September 17, 1949, he married Genevieve E. LeRoux in his hometown of Cheboygan.8 Between 1949 and 1981, he worked as a management consultant at Employers Insurance of Wausau. During his employment, Jackson became a certified safety professional and was a professional member of the American Society of Safety Engineers. Retiring in 1980, Jackson and his wife moved to Sun City Center, Hillsborough, Florida the following year.9 He subsequently started Jackson Communications Limited with his nephew, Bill Jackson, through which they owned and operated radio stations WKYO and WIDL in Caro, Michigan.

In 1987, his wife Genevieve passed away. In 1993, he married Audrey Gouine-Clark also originally from Cheboygan. They spent summers in Cheboygan and winters in Sun City Center. He actively participated in the community as a member of Prince of Peace Catholic Church and in the Knights of Columbus. Jackson was active as a Veteran of Foreign Wars, and a Pearl Harbor Survivor in the American Legion.10 He outlived his parents and only brother, Edward. Jackson died on June 8, 2006. His funeral mass was held on June 17, 2006 at St. Mary's Catholic Church in Cheboygan.11 The family later buried him at the Florida National Cemetery in Bushnell, Florida. Genevieve E. Jackson is interred in the cemetery with him.12