Will Johnson was born on July 6, 1889 in Wilmington, North Carolina. However, before the war, Johnson moved and settled in Georgia. Jones eventually married his wife Hattie Hokes Johnson and the couple resided in McIntyre, Georgia.1 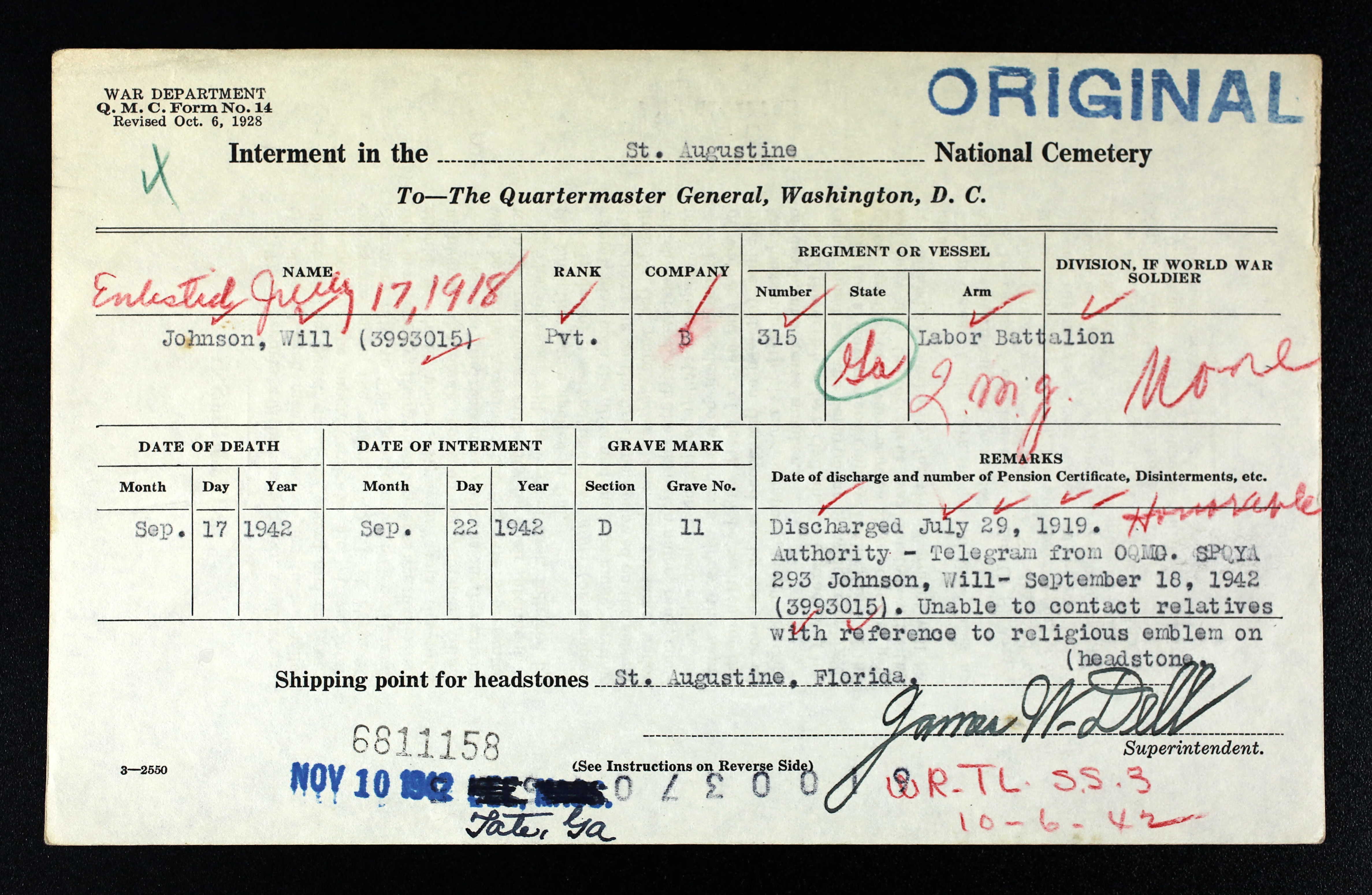 After the US entered World War I, the military needed to increase its manpower. On May 18, 1917, Congress passed the Selective Service Act which required all men between the ages of twenty-one and thirty-one to register for the draft. Overall, the military drafted one-third of black registrants compared to one-fourth of white registrants. Johnson, nearly twenty-eight years old, registered on June 5, 1917 and on July 17, 1918, as shown here, Johnson was drafted into the Army in Rochelle, Georgia.2 Initially, Private Johnson trained at Camp Gordon, Georgia, near Atlanta as part of the 157th Depot Brigade. Depot brigades held soldiers during the initial period of processing, training and indoctrination into the Army before being assigned to an operational unit. Due to pressure from whites Americans, especially Southerners, who feared race riots from African Americans trained in firearms, the War Department sought to utilize black soldiers in non-threatening roles to meet both military and domestic needs. Thus, most black soldiers were assigned to Quartermaster and Engineering units, which provided labor support.3 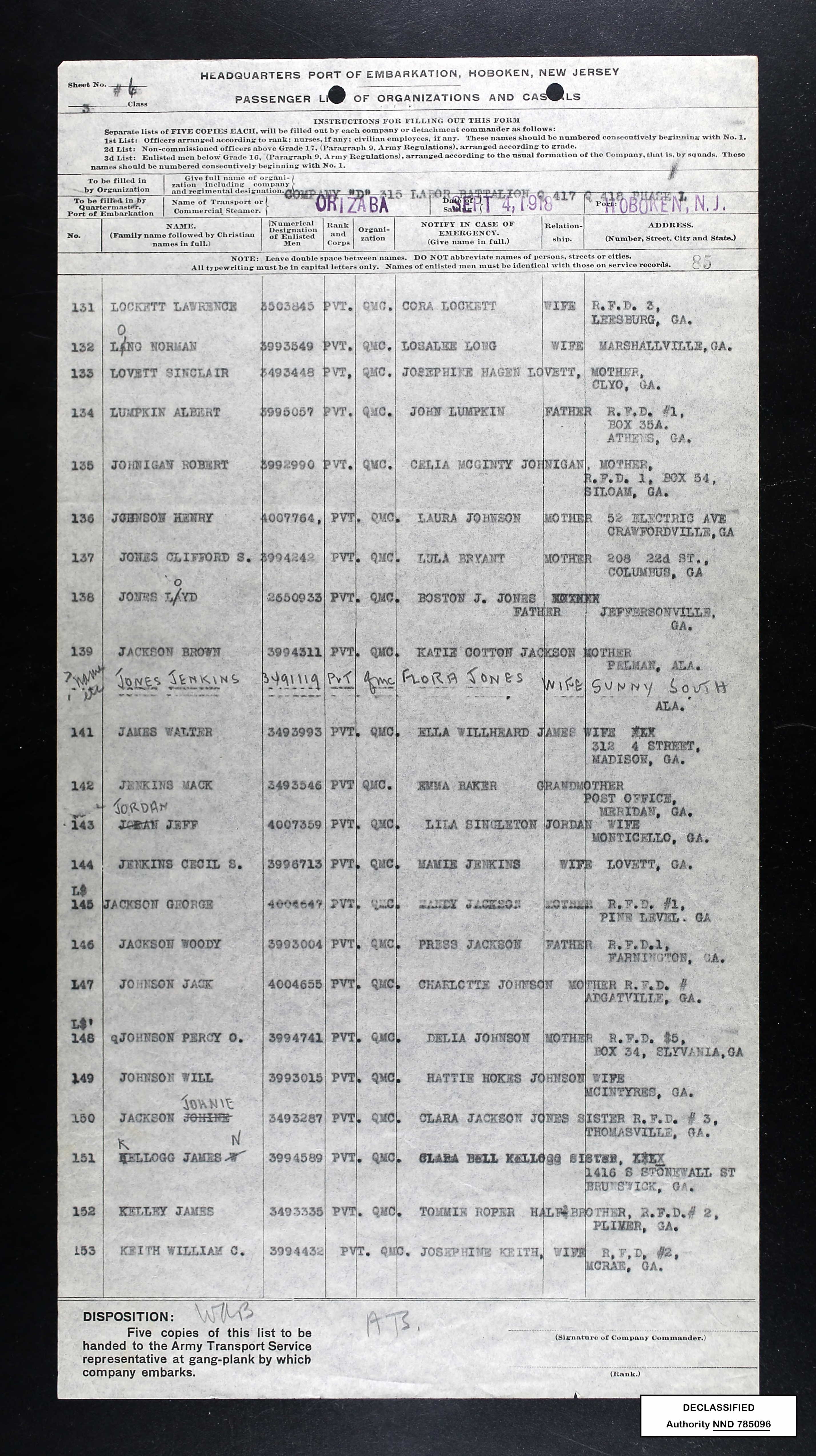 The 157th Depot Brigade, which originally formed in September of 1917 at Camp Gordon, remained there until the unit was transferred to Camp McClellan, Alabama, by September of 1918. However, on August 29, 1918, Johnson received a new assignment leaving the 157th and joining the 315th Labor (Service) Brigade. The 315th was organized at Camp Gordon in August of 1918, and the unit moved to Hoboken, New Jersey, in September of 1918 in anticipation of going overseas.4 On September 4, 1918, Johnson and his unit went overseas aboard the USS Orizaba, as shown here, to France serving as part of the Army’s Service of Supply (S.O.S.) units alongside the American Expeditionary Forces (AEF). While many black soldiers felt slighted in having to perform these duties and faced humiliation, mistreatment and outright brutality, Johnson and other black soldiers contributed greatly to the overall war effort.5 Johnson and the 315th continued to serve overseas after the war ended before eventually departing from Saint-Nazaire, France, on July 7, 1919 aboard the USS Suwanee. Johnson and his unit returned to Camp Hill, Virginia, and eventually demobilized at Camp Gordon in July of 1919. Soon afterwards, Johnson was discharged from the Army on July 29, 1919.6