Joseph Williams was born in Saint Augustine, Florida, on March 4, 1895. He may have had no recollection of his mother or father as before the war, he was living with his uncle in Saint Augustine. He worked as a cook before he joined the military.1 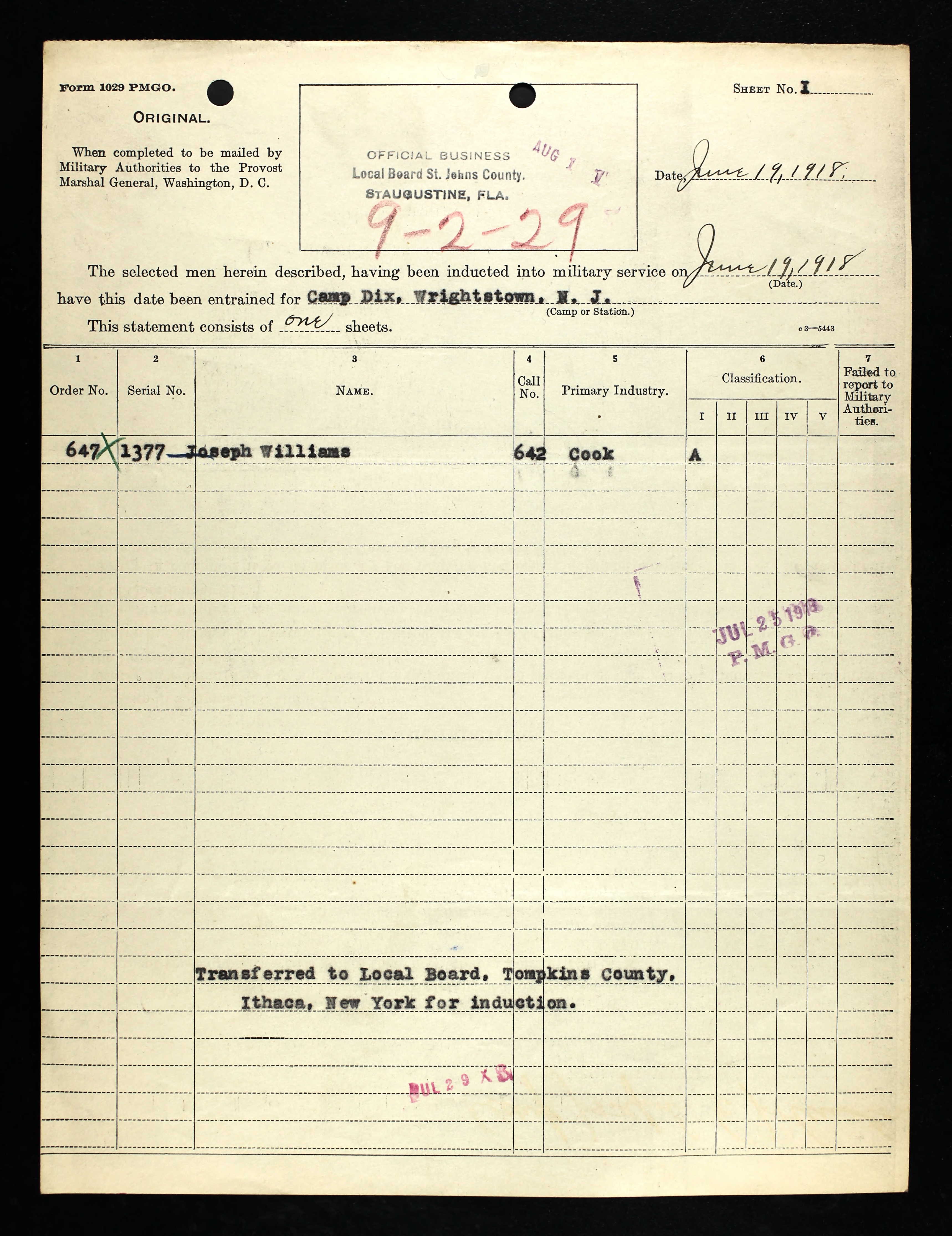 In 1917, three years after World War I began in Europe, President Woodrow Wilson signed a Congressional declaration of war on Germany. The government quickly realized they needed to muster a larger army to send to Europe. On May 17, 1917, Congress passed the Selective Service Act. The act required all male citizens between the ages of twenty-one and thirty to register for the draft. Williams registered for the draft on May 29, 1917. He was drafted into the Army on June 20, 1918. As seen here on his draft card, Williams was originally supposed to be inducted at the St. Johns County local board in Saint Augustine, Florida. However, he was transferred to the Tompkins County local board in Ithaca, New York, for induction before being sent to Camp Dix in New Jersey, for training.2

About thirteen percent of the United States Army in World War I was African American. However, most African Americans were in support units. The Southern states in particular were fearful of black men learning how to shoot rifles, so they were often times relegated to Quartermaster and Engineer units. Yet, Private Joseph Williams served as a part of Company M, 807th Pioneer Infantry. The 807th Pioneer Infantry Regiment was formed at Camp Dix in late July of 1918. They were sent overseas in September and took part in the Meuse-Argonne Offensive. While Pioneer Infantry regiments served in support roles such as constructing and repairing bridges and railroads, they often served on the front lines as these units experienced direct action with the enemy.3

During his time in the Army, Williams served overseas in France from September 4, 1918 to July 3, 1919.4 After the war, he departed France on the USS Orizaba alongside other members of the 807th Pioneer Infantry Regiment. The regiment returned to Camp Dix and was disbanded. Williams received an honorable discharge on July 9, 1919.5 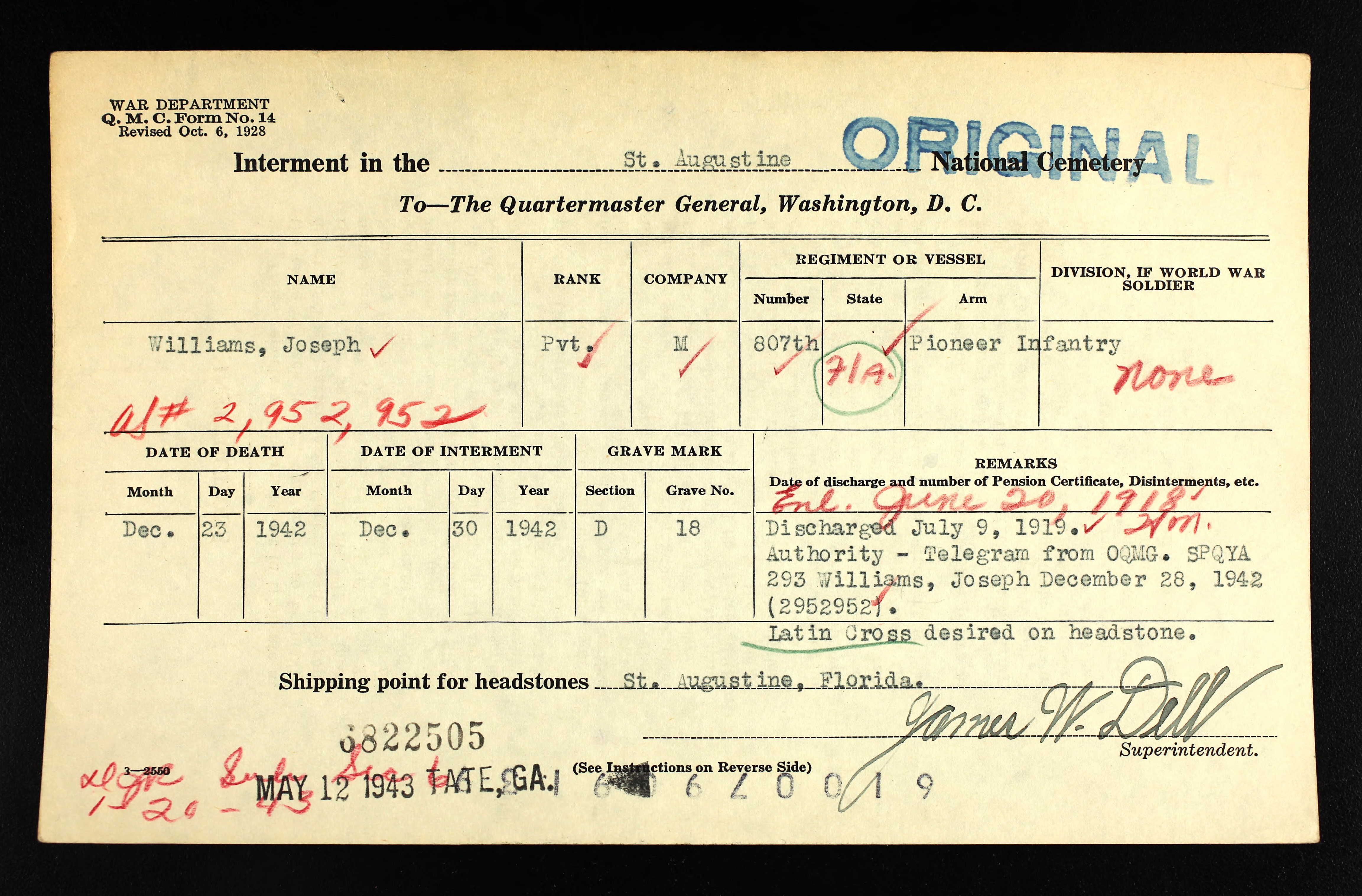